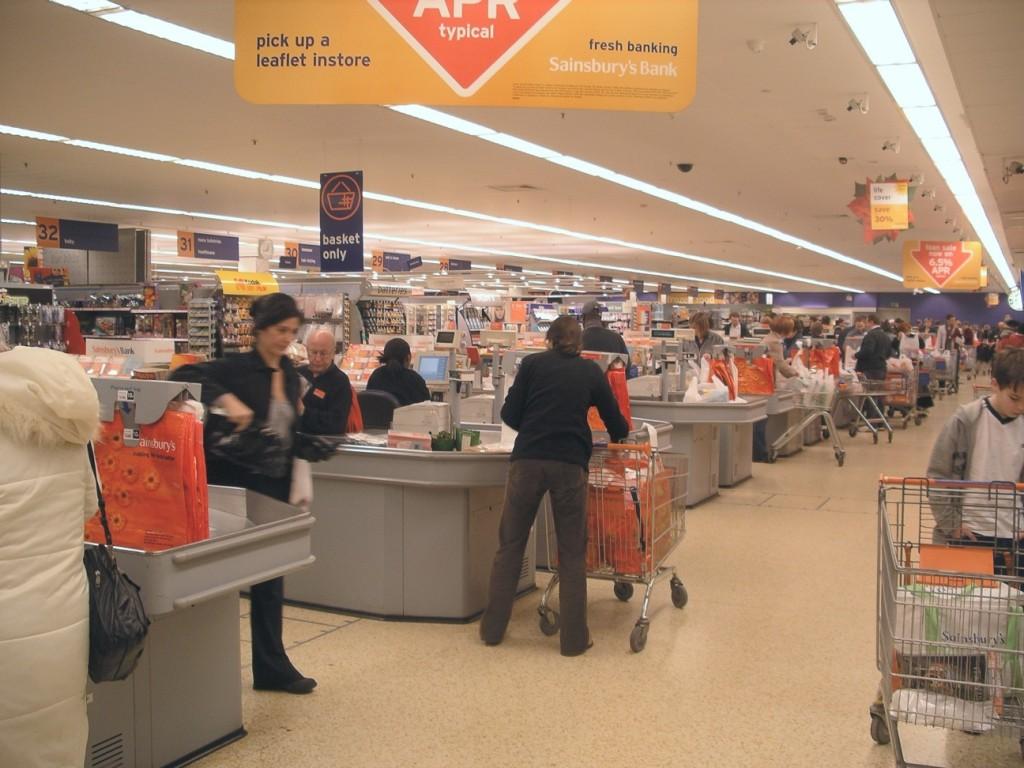 Will grocery store employees soon be replaced by machines?

As I was using the self-checkout machine at the local Ralphs, I had a moment of clarity. First, I thought, I don’t work here, so why the hell am I scanning groceries? Second, I wondered who actually did work here before the gods of technology developed this machine.

Maybe it was a student from San Diego State who used the money from this job to get by, or a single mother who worked at the grocery store as her second job. The possibilities were endless. Either way, as I took my exit I looked at the checkout monitor and smirked: You’re next.

It’s truly a harsh reality, knowing that you’re whole livelihood can be deterred by an inanimate object. We are now at the brink of the technological Pandora’s box. Still, as the unemployment rate slowly trickles back down, I have to wonder if modern workplace practices have detrimental effects on the population. For every new machine developed to increase productivity in an industry, a varying amount of real-life human beings are left without work.  Some have begun to coin the happening as “technological unemployment,” and it’s seemingly only going to increase.

Artificial intelligence has held a special place in the hearts of many employers since the Industrial Revolution. When machines first made their presence felt in the workforce, the agriculture industry, among many others, exploded. Harvesting machines and other farmland innovations allowed producers to provide at an extraordinary pace while saving costs on labor. Short on a few pennies, the folks in the countryside soon spilled into the city and graciously found work in factories, assembly lines and other city occupations, setting the stage for modern civilization.

Though technology has always been implemented to increase productivity in the workplace, current circumstances are fearfully unique. The human population is spreading like wildfire, adding billions more people every few years, while employers have cemented the most cost-efficient means of productivity as the baseline by which all business are operated. What happens when a machine—a potential employee who doesn’t need an hourly wage, a paid vacation, sick days, or even rest for that matter—reaches the level of efficiency necessary to complete tasks without any human intervention? Grocery store employees, factory workers, food servers and even bankers should presumably be alarmed, automated technology is already a big factor in their respective industries. But please let me reassure you, if the rate of technological advancement carries on for the next 30 years as it did the previous 10, no job is safe.

I’m not predicting an apocalyptic scenario in which robots have dethroned humanity as rulers of the earth. Personally, I view that possibility as only permissible on the movie screens. However, in real life we do have an unprecedented challenge ahead in direct connection with technology. If machines grow to be as advanced as we assume, there will be a horribly skewed balance of wealth within a nation that will eventually collapse. Productivity from all sectors will reach an all-time high along with unemployment, causing purchasing power to dive to a foreseeable all-time low. I don’t have any recommendations on how we will tackle this issue, but I do have advice for society’s future leaders and innovators at SDSU: It never hurts to be on the victorious side of change. If anyone is in doubt regarding their choice of major, information technology and environmental studies are shaping up to be extremely lucrative and secure fields.