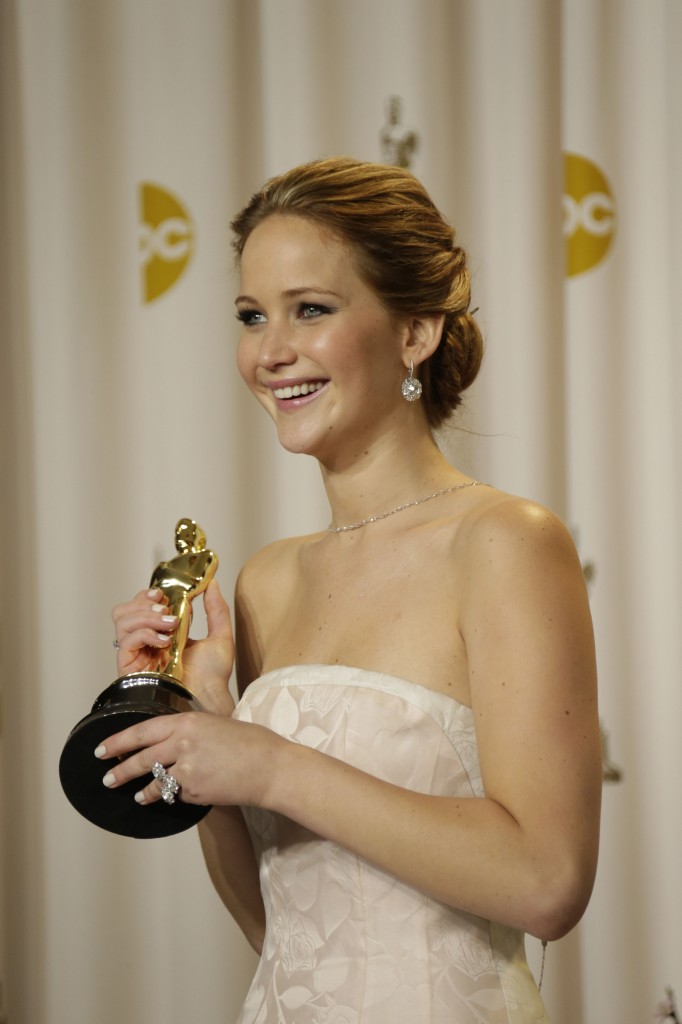 Celebrity of the Week
Lady Gaga has been asked to headline YouTube’s first music award show that will take place on Nov. 3, according to Eonline. The show is the first to be streamed online only via a video platform. Lady Gaga, Eminem and Arcade Fire will give live performances during the 90 minute show. The awards are set to take place at Pier 96 in New York City and will be streamed live to YouTube. Lady Gaga’s new album “Artpop” will be released Nov. 11, but her fans may get a first listen during the show.
Sightings
Jennifer Lawrence and Liam Hemsworth were spotted getting close to each other in Georgia, but it’s not what many might think. The pair is not a hot new item—instead, they are busy filming the first part of “The Hunger Games: Mockingjay,” the last chapter of “The Hunger Games” series. POPSUGAR reports that the film “Mockingjay” will be split into two parts, the first being released in 2014 and the second in 2015. Luckily, “The Hunger Games” fans will not have to wait that long to get their fix. “The Hunger Games: Catching Fire” is set to hit theaters on Nov. 22.

Paris Fashion Week just ended, and many celebrities showed off their fashionista side at the Chanel Spring 2014 show. Katy Perry, Rita Ora, Vanessa Paradis and model Kate Upton all sat front row to watch the famous clothing line’s show. Models Alexa Chung and Miranda Kerr strutted down the catwalk wearing Chanel’s latest designs, according to POPSUGAR.
Romance
It was a royal double date in London on Tuesday. Prince Harry took girlfriend Cressida Bonas to the James Blunt concert at the Tabernacle in the city. Princess Beatrice, and her boyfriend joined the couple. Things may be getting pretty serious for Harry and Bonas, as she was seen spending time with Princess Eugenie last week, said Eonline.

New parents Kim Kardashian and Kanye West took time away from baby North to attend Paris Fashion Week, reports POPSUGAR. This is the first time the couple has been photographed together since their daughter was born. The duo spent time in the city of love shopping and attending fashion shows. Kim even made time to do a photoshoot for the cover of CR Fashion Book.
Trivia
[dropcap]1.[/dropcap] This singer is known for her songs about her real life, especially her exes, including Joe Jonas, Taylor Lautner and Jake Gyllenhaal. Luckily, she always has her best gal pal Selena Gomez by her side to keep her teardrops from falling on her guitar.

[dropcap]2. [/dropcap]This Texan actor has stolen many ladies’ hearts in romantic comedies including “How to Lose a Guy in 10 Days” and “The Wedding Planner,” but has recently turned a different role in which he lost a significant amount of weight to play an HIV-positive man battling a pharmaceutical company for medical treatment in “Dallas Buyers Club.”

[dropcap]3.[/dropcap] This actress got her big break singing on the hit TV show “Glee.” She went quickly from popular cheerleader to silver screen actress with her roles in “Burlesque” and “I Am Number Four.”