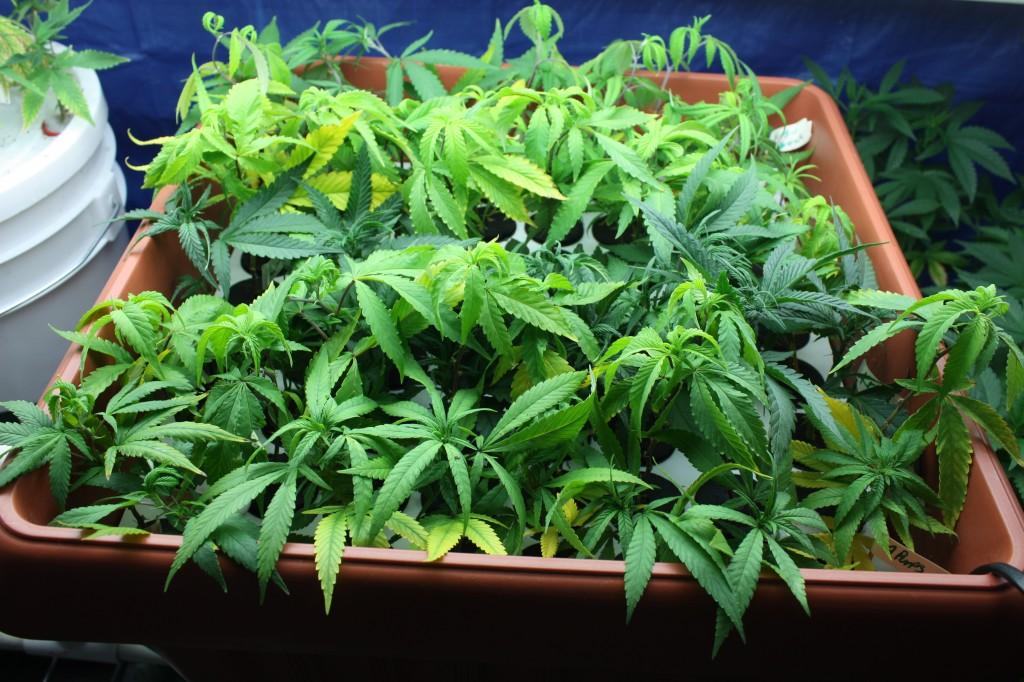 “Pot, grass, tree, nug, weed, herb, ganja, Mary Jane, bud.” People may hear these terms outside of class, but for some students this vocabulary isn’t just for fun—it’s for their next midterms. Throughout our nation’s history, there’s been significant turmoil surrounding the acceptance and understanding of marijuana use, but change may be on the horizon. The federal government criminalized the possession, use, growth and distribution of marijuana for medical or recreational use in 1937, but the marijuana industry has continued to expand despite the threat of criminal prosecution. A new branch of education is sweeping the nation, likely an indication of an even further expansion for the business of cannabis.

Specialized courses on marijuana are popping up at universities around the country, educating students about the cannabis industry.

Oaksterdam University in Oakland is one of the first educational institutions in the U.S. to focus on cannabis education, and it aims to teach people about all aspects of the cannabis industry. Oaksterdam students can now enroll in diverse curriculums consisting of classes covering politics, history, horticulture, law, dispensary operations and patient relations, just to name a few.

Confusion surrounds the marijuana industry because of the conflicts between state and federal laws. The inconsistencies among policies have lead to the closure of several dispensaries, as well as criminal charges for some. Oaksterdam is aiming to eliminate some confusion by providing people with education on how the industry works so they can defend themselves and their businesses. Students attending marijuana-specific schools are looking to enter the industry as professionals who have chosen to work professionally with cannabis.

The thought of a college being entirely dedicated to the industry of marijuana may sound strange or even ridiculous to some, but there is reason behind the cause. The cannabis industry did not just continue to grow because of a bunch of dedicated stoners. The industry has proven itself to be a valuable contributor to society. Marijuana has been successful in helping patients with a wide variety of medical conditions. Because of this, research and regulation are in demand.

The cannabis industry has expanded into various disciplines. Consumers can now find specialized lawyers, legislators, researchers, doctors, growers and even chefs. This vast expansion of the field should not take us by surprise, but instead give us a clear glimpse of where this innovative industry is heading.

Currently in the U.S., 18 states—including Washington D.C.—have legalized marijuana for medical purposes and two states have legalized it for recreational use. This is certainly just the beginning of the expansion. Several of the states that have already legalized marijuana for medical purposes are actively pursuing further steps toward legalization for recreational use. Polling date from those states has shown that a majority of citizens approve legalization. As widespread acceptance of marijuana grows we should continue seeing further implementation throughout society.

The National Organization for the Reform of Marijuama Laws (NORML) is a nonprofit public-advocacy group aimed at swaying public opinion toward supporting the responsible use of marijuana. NORML has established numerous chapters around the country, including multiple chapters on college campuses and a local chapter here in San Diego. These chapters are giving student activists a platform to push for the changes they believe in for their universities and communities.

Humboldt State University has taken the presence of marijuana on campus one step further with the Humboldt Institute for Interdisciplinary Marijuana Research. The program is striving to correct misinformation about marijuana and to further provide a general understanding of marijuana-relevant issues. According to its website, HIIMR considers itself  “An information clearinghouse…the Institute’s purpose is analysis, not advocacy. It takes no position, for example, on legalization or decriminalization.”

HSU has incorporated marijuana-related courses into its curriculum because it is an emerging field, and San Diego State should follow its example. While colleges may not be ready to implement horticulture programs that teach students how to grow their own marijuana plantations, we could at least offer courses in specialized career-related fields, such as cannabis law or medical research.

As the industry grows in specialized fields, universities need to produce qualified candidates to fill the positions. Just as HSU has objectively implemented its research program, other colleges should begin to offer these types of courses without claiming a positive or negative position on marijuana use. Students seeking a more complete education than what is being offered by traditional universities could alternatively look to these specialized cannabis colleges for career-related training in an emerging field.

Institutions of higher education have an obligation to educate and prepare students for the future. While this requires teaching previously established subjects, it also means that these institutions need to adapt to an ever-changing world. Colleges should be offering an unbiased platform for students to draw knowledge from. Without that, students are disadvantaged in their ability to remain competitive in the modern job market.