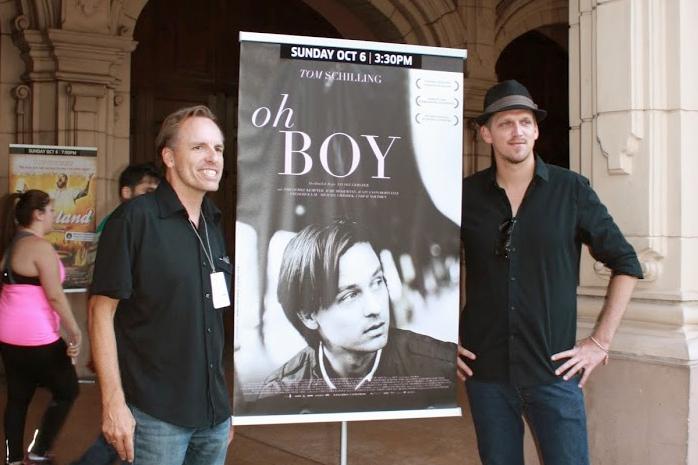 The 3rd annual German Currents Film Festival was quite the event this year as the sold-out opening night reception film was featured in the delightful Museum of Photographic Arts auditorium. The event was made possible by German Currents San Diego, along with German American San Diego Foundation and several other sponsors.

There could not have been a better opening film for this year’s gala than, “Die Vermessung der Welt (Measuring the World)” directed by Detlev Buck. The award-winning movie, comparable to “The Motorcycle Diaries,” engages the audience in a coming-of-age journey depicted as a potential historical account of two important men’s lives. Mathematician Carl Friederich Gauss (Florian David Fritz) and scientist Alexander von Humboldt (Albrecht Abraham Schuch) age graciously before viewers’ eyes, depicting the contrast between wealth and poverty, something measured throughout the film that ultimately proves genius can be found anywhere, despite dire circumstances. Humboldt, an aristocratic man with an infatuation for global exploration, is contrasted with Gauss, a working-class individual who feeds his fascination through mathematical theories.

Another strong selection was the award winning “Oh Boy.” The flick stars Tom Schilling as Niko, a twenty-something young adult that many college students can often relate to. After the dramedy, a Q-and-A session with director Jan Ole Gerster was very informative as he entertained questions from the viewers. He mentioned that although the story is set in Berlin, jazz music was the most suitable for the score, and it fit rather strikingly while complementing the black and white sultriness on the screen. The audience will be surprised to forget that what they are seeing takes place within the course of approximately 24 hours-a day and night in Niko’s ambiguous life. The humor of the tale utilizes the scenario of how difficult it is to get something as trivial as a cup of coffee, over and over again, until solemn beauty at the end shows the adventure is resolved, but the main character’s life still isn’t.

The German Currents Film Festival aspires to become grander every year. With quality films such as the aforementioned, this event certainly is one to purchase tickets in advance for.

Information about The German Currents Film Festival can be found at http://www.germancurrentssd.org/en/