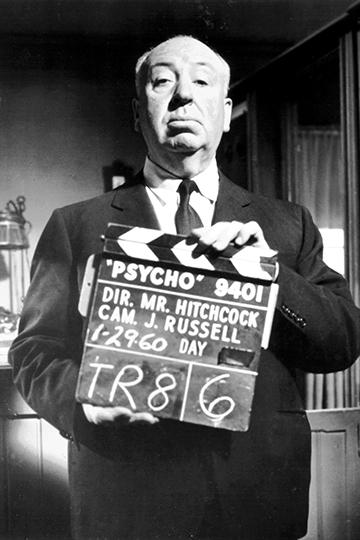 October is the season for horror film marathons, be it ghost movies or slasher flicks. Perhaps those choices are too cliche. But fear not, the master of suspense Alfred Hitchcock has the thriller classics perfect for Halloween. What is even better is that a selection of Hitchcock’s popular titles are showing on the big screen at Reading Cinema’s Gaslamp 15 and Town Square 14 for a monthlong event called Hitchcocktober.

Hitchcock is most famously known for his 1960 classic “Psycho.” Even those who have not seen it are most likely familiar with its infamous shower scene and its accompanying ringing musical theme. The classic is rightfully saved for last in Reading Cinema’s Hitchcocktober event.

Of course, the director has made dozens of other flicks during his long career. Reading Cinema’s Hitchcocktober is presenting nine classics at two theaters throughout October. Gaslamp theater is scheduled to show four this month: “Rear Window,” “The Man Who Knew Too Much,” “Shadow of a Doubt” and “The Birds.” The Town Square theater on Clairemont Drive is scheduled for five: “To Catch a Thief,” “Frenzy,” “North by Northwest,” “Vertigo” and “Psycho.”

Hitchcock tales may not have iconic villains such as Jason Voorhees or Freddy Krueger, but the director certainly knew how to keep his fans at the edge of suspense. His stories were different and unique types of spooky entertainment that play with the mind instead of blood.

The admission for Hitchcocktober is only $7. Make sure to double-check the dates, times and locations since each theater is showing different selections at different times. Hitchcock has a cameo in a few of the listed movies so watch out for him as well. This October, expect the unexpected.

Also Read: San Diego’s own in new season of ‘SNL’

Photo courtesy of The Museum of Modern Art