‘Priscilla’ proves to be a deeper story than you might expect 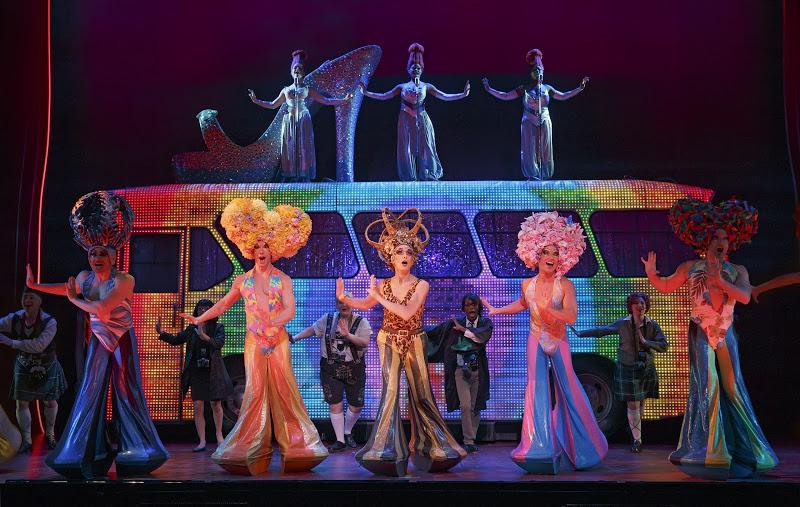 The San Diego Civic Theatre is hosting the crowd-pleasing Broadway hit, “Priscilla Queen of the Desert.” The packed-house audience reaffirmed their selection with multiple standing ovations during the exclusive week-long run of the show.

While ‘Priscilla’ has its dedicated followers, the eccentric musical is actually suitable for anybody willing to celebrate creativity and opportunity. A solid plot line drives the main cast on a road trip adventure that provides more than just twists and turns, but ultimately, forms a rock-solid family founded on the power of friendship.

The Aztec had the pleasure of interviewing cast member Bre Jackson, who plays one of the three Divas in the show, a character previously not presented in the Australian film version that initially started the “Priscilla” craze. She talked about the notable qualities of this production that make it stand out in more ways than one.

TA: How would you best describe this show to someone who might have the impression that this musical is only about drag queens?

BJ: The musical is about family on a deeper level. The heart of the story line is the reunion of a father and his son. Along the way another family is developed and the principal characters band in the end as an unconventional family.

TA: How does the theater performance differ from the film?

BJ: The theatre performance differs from the film in two ways. The tone of the film is markedly darker and a lot less glamorous and glittery. The stage production is more light hearted with a couple of serious and dark moments. The second difference is that the Divas in the stage production do not exist in the film. In the stage production the Divas provide the live soundtrack for the show, which is not required in the movie because the original pop songs can simply be played as underscoring or from the radio.

TA: The show has been highly commended for its numerous wardrobe ensembles, do you have a favorite piece that particularly stands out for you?

BJ: My favorite wardrobe piece that I wear in the show is my Diva Gown. I feel glamorous in the dress and the first time I put it on after it was tailored to my figure, it took my breath away. The feeling was something akin to a teenage girl putting on her first prom dress in the store and knowing it was the one.

My favorite piece that stands out in the show, that I don’t wear, is not onstage every night. The costume is for the Funeral scene and is worn by our Dance Captain/Male Ensemble Swing. The piece is a full lace body suit worn with knee black platform boots and a full-length cloak complete with hood. It’s sort of a sexy Dementor look or a Dark Side Jedi drag queen style. It’s simple but absolutely stunning in the whole array of costumes in that number.

TA: Out of all the performances you have been in (“Legally Blonde,” “The Little Mermaid,” “Little Shop of Horrors”), is there anything in particular that “Priscilla” prepared you for that the others didn’t?

BJ: “Priscilla” has been unique it’s preparation for me because it’s the most vocally challenging show I’ve ever performed. I sing in the majority of the musical and use a great deal of my vocal range throughout each performance. This being the case, I’ve learned how to pace myself to be able to sing the show eight times a week and not feel vocally fried halfway through the week.

BJ: I would hope that everyone can walk away from the show having a positive response. I think it’s wonderful that we can inspire and invigorate the LGBT community with such a great show. It warms my heart to hear from audience members who were moved because they relate and identify so strongly with the characters and the events that take place in the show. My favorite response is when people are able to walk away from the show having realized that in the end it’s all about love and that even if the three main characters are drag queens, at the end of the day they are just people.