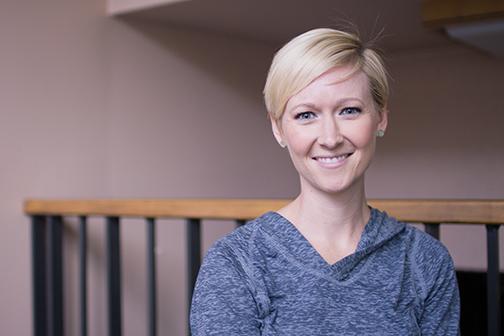 “A … My Name is Alice,” a highly anticipated musical, is now playing at San Diego State until Oct. 27. One of the stars Ashlee Espinosa is an exceedingly talented actress and singer, who has been part of a broad number of theatrical productions both on-and-off campus. Despite her busy schedule, The Aztec was lucky enough to sit down and speak with Espinosa about the show, her role and prior acting experience.

The Aztec: How and when did you start your acting career?

Ashlee Espinosa: I started very young. I actually started dancing before acting when I was 5 years old, and that got me more into acting and musical theater. After that, it was something that I pursued all throughout elementary school, junior high and high school.

When college came that was when I took it a step further and pursued a degree in fine arts in theater (laughs). It was a longtime coming. Ever since I was 5 I’ve been on stage. I couldn’t imagine doing anything else.

TA: Were there any challenges portraying so many characters?

AE: The biggest challenge was that there were so many characters and trying to make them all unique. One minute, I’ll be playing a teenage girl and the next minute I’ll be playing a 40-year-old woman with kids. It’s difficult to make every character different, but still important. Making the changes quickly can be difficult as well, and many times I don’t have a break, so the simple things of putting on a separate wig or even purse makes a character feel distinct.

TA: What was it like being directed by a peer?

AE: Oh that’s a wonderful question. It’s been such a great experience and learning from someone who has a different method, Roxanne Carrasco, the director, is such an experimental person, who works organically and we don’t have anyone else who works like that here. It’s been really fantastic working with her, not only because of how she works, but since she knows me as a person and we are actually very close.

TA: How does it feel to be in a musical about female empowerment?

AE: Amazing, because normally musical theater is about someone falling in love, and then going through a hardship, and then everything turns out perfect. This show is different; it’s about experiencing life how it really is in different situations. To do a whole show about this is so fantastic and the journey that females go through, and the wonderful parts difficult experiences women encounter are displayed in the show.

TA: What prior acting experience do you have outside of SDSU?

AE: I’ve done a lot of musical theater in New York and the main thing that I’ve been excited about was that I worked on a cruise ship for three years. I spent literally three years traveling and performing at sea. It was incredible. It was the best experience I’ve had because I got to wear beautiful costumes, shoes and wigs. The set that I worked on had pyrotechnics and people would be flying across stage. It was crazy!

TA: What are your future aspirations for your acting career?

AE: After I graduate from San Diego State, I already have a verbal offer to start teaching at a college. I also want to work professionally while I am doing that. The great thing about teaching collegiately is that I am usually off in the afternoons, which allows me to keep up my professional career.