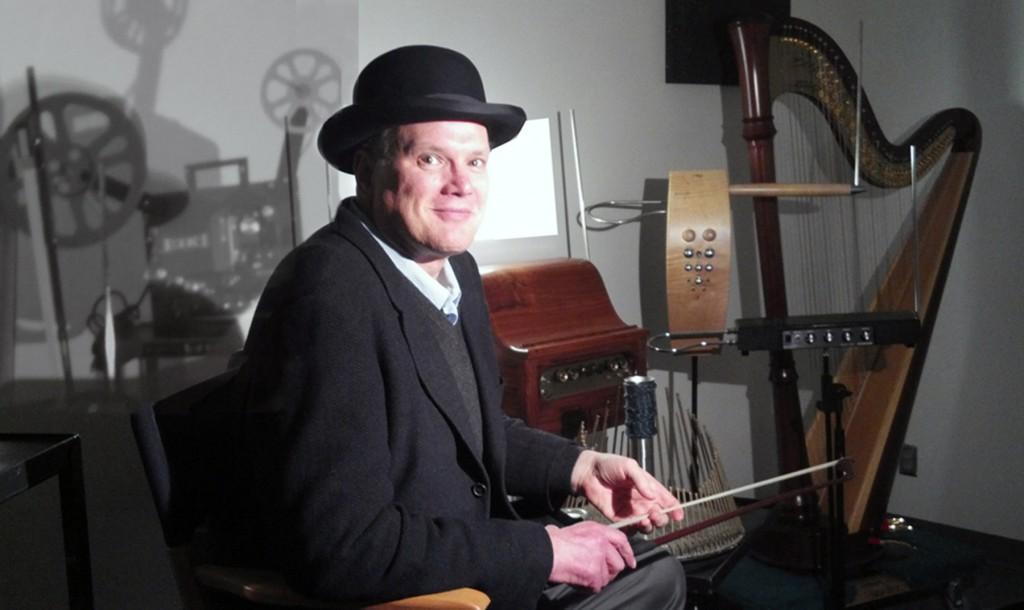 Ghouls and gore may bring the horror for Halloween, but there’s nothing scarier than dead silence in the night. The Geisel Library of University of California, San Diego is bringing the horror of silence with a screening of silent films. The event is hosted by soundscape artist and UCSD alumnus Scott Paulson and features the Teeny-Tiny Pit Orchestra performing live spooky music to go along with the motion pictures.

Aside from his work as a soundscape artist, Paulson is the outreach coordinator for the UCSD Arts Library and has directed many other festivals, such as the Short Attention Span Chamber Music concert series and the Not-So-Silent Film Festival. Last May, Paulson and his band performed in Paris at the Black France Film Festival. They also recently provided live music for Digital Gym Cinema’s five-day Horrible Imaginings Film Festival celebrating horror stories by new artists.

Paulson and his band encourage audiences to interact and assist them during their live performances. For the silent movie screening at the Geisel Library, the audience is asked to help in the scoring of the shows. “Play a real Theremin, if you dare,” according to the event website. With his musical support, attendees get to create their own horror experiences throughout the evening.

The flicks scheduled for the screenings are a surprise. On the Geisel Library blog, it’s announced to feature 16 mm films, including vampires, ghosts and some in a German-expressionist style. Regardless of the subgenre, the old grainy quality of the visuals as well as the live music of Paulson and the Teeny-Tiny Pit Orchestra, should bring chills for a great Halloween night.

The event is free admission and starts at 7 p.m. at the Seuss Room of UCSD’s Geisel Library. Join Paulson and his screening of spooky tales for a different kind of Halloween experience.