David Alvarez chats with The Aztec 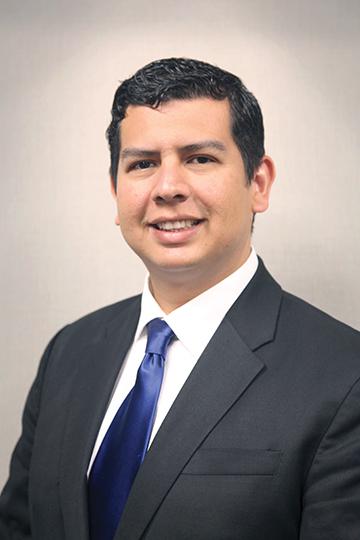 The Aztec: What would you do to improve transparency in San Diego City Hall?

David Alvarez: Well I have a record of being a transparent public official. Three days out of the month I go to different areas in my community and I host office hours, so people can either call and make an appointment, or they can just show up. I go to San Ysidro, I go to Otay Mesa and I go to this part Logan-Sherman Heights area. I try to get throughout the entire district so people can easily come to see me. That’s one way.

Second, again the record speaks for itself. On my phone I receive all my emails that come from the general public, whether it’s an item on the council they want to give input about or there’s a pothole they want filled or a streetlight that’s not working they want fixed. That comes to my general email and I make sure I direct staff to do that so I know what’s going on all the time with the community. Obviously, social media is really important. I’ve been really active on social media, whether it’s Twitter or Facebook, or a website to make sure people can connect with me that way as well. And so all those things I think are important in open and transparent government and I’ve always had, I think, you’ll rarely find an article that will say I was asked to quote but I didn’t respond. I always make sure I get back to media outlets so they understand what my opinion is and where I’m coming from because I think that’s important that people know exactly how you feel about things.

TA: How would city planning changes initiated by the current Planning Director Bill Fulton change with you as mayor?

DA: I’ve become a big fan of Bill Fulton. I didn’t know him before he came here, but I’ve read a lot about him and I’ve talked to a lot of people I respect in the planning world and there’s not been one individual that has said, ‘That’s not a good person to have in the planning role.’ I’m excited about what he has to have; we’ve met already on a couple of occasions, talked about community plans that are moving forward in the city. He’s got so much knowledge, he’s just first-class when it comes to planning that I’m going to rely on him and work with him to make sure we plan effectively, efficiently and sustainably for the future of San Diego.

TA: Obviously you many goals as mayor, but if you were only to make one specific change or complete one particular project, what would it be?

DA: I want to ensure that citizens of San Diego believe in their government again.

TA: What would you do to bring more high-skilled jobs for college graduates in San Diego?

DA: Well, some of the things that we’ve done on the City Council is we have helped fund something called Connect2Careers. Kids, throughout the summer, they get a chance to experience a career that they might be interested in so we partner with the business community to give kids an opportunity to go and work for the summer instead of just hanging out at home. I think that program is very important and we should continue to do that.

I initiated in my office a fellowship program and a very robust internship program where people come and they learn what I do as a councilmember and what the city does and they’ve learned about government. I would like to continue that as mayor to ensure that young people have an opportunity to learn about service to others and hopefully engage them and want to keep them in San Diego serving the general public.

Those are two very specific things that I’ve done that I think I could grow and continue to insist that young people have opportunities here in San Diego. And obviously on the job-creation front making sure that jobs are our priority and every sector of our economy, not just focused on service types of jobs like our tourism economy, but our biotech economy, our manufacturing economy and in San Diego our green energy economy.

TA: What makes you stand out the most?

DA: I’m someone who has very core values and beliefs that I think every family in San Diego can relate to. My parents came here and they worked really hard blue-collar jobs; that gave me a chance to be successful. I’m the first one of my family to graduate high school, go to college. I’m a native San Diegan, born and raised—San Diego High School, San Diego State University. I’m raising my family now in the community where I grew up here in San Diego. We want to give back. My wife is an educator; we’re all about service to others and I think that’s a value that often times gets overlooked in our leaders. Everybody really wants to do something for the community. That’s why, I think, we get involved in politics, but I love this city so much I want to leave it better than when I was growing up. I want to make sure that every child has a real opportunity to make it in this city.

TA: What are the biggest challenges and opportunities with having such a short election cycle?

DA: The challenges are that you have to go and talk to every citizen in San Diego, and over two months it’s very time constrained so you see me running from event to event to event. So time is going to be of the essence and I have to manage my time very well.

Fundraising is something that is very important because we have to print the material we use to hand out to the voters and to be able to send mails so people know who I am and what I stand for. So also a very compressed time frame, and I’m someone who doesn’t come from money and I don’t have anyone in my family who has a lot of money so raising funds is going to have to be from individuals who believe in what I believe in. And that’s going to be a challenge to do as well because I don’t have access to a lot of money.

TA: Any message to SDSU students?

DA: I’m a proud Aztec. I love our school, I took advantage of all the opportunities that San Diego State gave me. I’m very blessed that I have gone to that school and been able to be successful and I encourage everybody to do the same. We’ve got some wonderful faculty who really care about the students. Spend some time with them and learn from them and enjoy your time. Go to the games and enjoy the comradery with the other students. I was a band member so I went to all the football games and it’s great to be a San Diego State student.