Romance and time travel add up to deep film 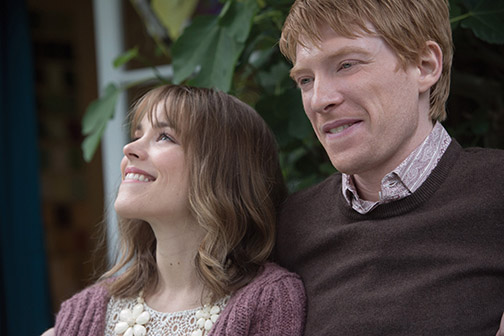 On the blasé side, a better title for this flick would have been “Bizarre Things Wealthy British People Have and You Never Will: A Time Machine.” And while mentioning the topic of unreasonable excess, hasn’t Rachel McAdams, aka America’s current sweetheart, already acted the role of a time traveler’s wife? Affirmative. But while she previously played the wife of a man who could travel back in time, this is not the same movie. This is about much more than that.

“About Time” aims to illustrate to viewers, even if it’s via the fictional heirloom accepted as a magic closet (any closet, for that matter), that we all have moments in our lives that we wish we could do again.

The film gives an immediate sense of sophistication portrayed by a smart, British, close-knit family, their cozy yet opulent seaside dwelling and, most notably, their blithe lifestyle. With enough security, including pleasant, intellectual parents, charming relatives, a sure career as a lawyer, a flat in the city, etc, who needs do-overs, right?

Apparently, Tim (Domhnall Gleeson) does, because he still doesn’t have what he really wants: Mary (McAdams), the American girl. Although the tale starts with a common scenario of things adolescents regret doing or not doing at parties, it matures from there. Tim’s character allows viewers to live vicariously through his classic self-inflicted errors, observe the nonchalance of the granted retake and cheer for him, the “already have-it-all” protagonist, at the end of each of his journeys. More or less, although the imperative message is to make the most of each day and to love like there’s no tomorrow, many viewers will undoubtedly sit through this story counting the number of people they would have kissed, but missed because they didn’t have a magic closet to help them.

All in all, the lesson presented is one about optimism; and whether you see this inimitable scenario as the glass half empty or half full, “About Time” has one of the most beautiful wedding scenes ever cinematically captured. If she keeps this up, McAdams will have to go down in history as having the most unique on-screen weddings while wearing non-white dresses.