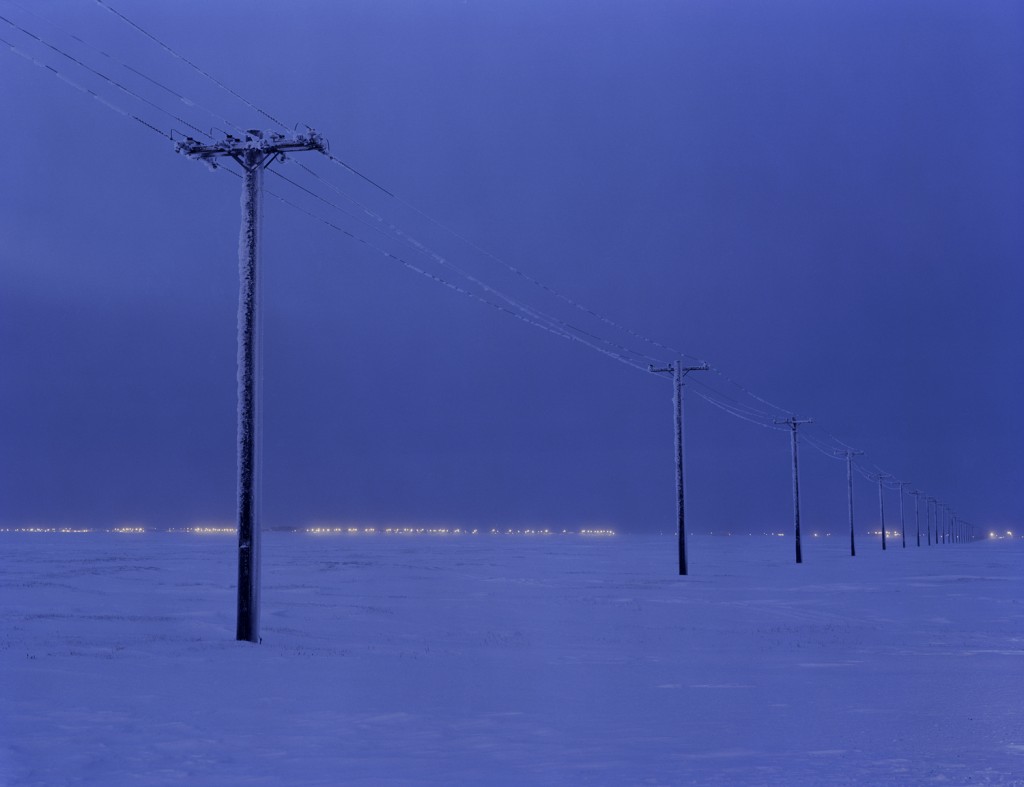 One of the photographers, Matt Lipps, explores the art of making collages in his project, “Sculpture.” Lipps collects cutouts from magazines to piece together like a traditional collage, but instead of simply pasting them flat on a surface, he sets the cutouts upright as cardboard pieces. He then arranges the pieces, playing with the position, lighting and shadows during the process. After the setup is complete, Lipps takes a photograph of the three-dimensional collage. The result is a dynamic presentation of physical layering and dimension.

Another artist, Matthew Brandt, takes a simpler approach in a selection from his series, “Lakes and Reservoirs.” For each piece, Brandt takes photos of different American lakes and then applies water from the lakes onto the film. The water warps the film, creating fascinating effects in the photograph. One photo has colors burned into its negative value, while parts of the photograph are distorted in another. Some of the photographs have a significant portion completely melted off. It’s a simple idea that creates unpredictable results.

While photographers such as Lipps and Brandt have hands-on approaches to their work, Christina Seely keeps off her subjects and lets them speak for themselves. She focuses mainly on nature photography and environmentalism, and the selections on display are from her “Markers of Time” series that explores climate change. “Defluo Animalis” is a vast white photo featuring a group of walruses in their natural habitat. Both photographs feature a powerful use of the subjects and presents them openly to the viewer.

The museum also features “Elements,” an exhibition of Kevin Cooley’s minimal video works, as well as “My City, Your City,” a showcase of works from K-12 students in San Diego. The “Staking Claim: A California Invitational” exhibition is open through Jan. 26. Admission is $6 with a student ID, and the museum is free to San Diego city and county residents every second Tuesday with an ID. Take advantage of a great deal and check out some creative photography.