No excuses for poor student-voter turnout 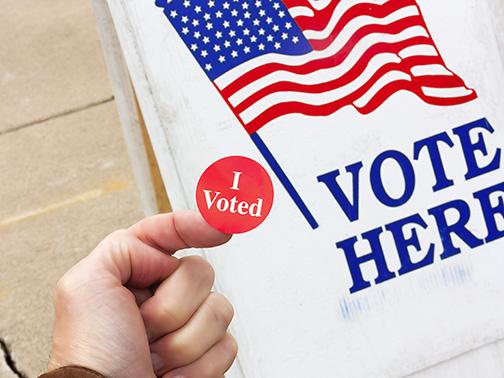 This newspaper has run coverage of the special election taking place today, but what are the powers that will ensure a high turnout among college-age voters in San Diego?

During the 2012 election, Associated Students hosted a polling place on campus at the Parma Payne Goodall Alumni Center. Volunteers walked around campus with voter registration sheets in hand and encouraged students to flex a little civil muscle at the ballot box. There’s been none of this during this electoral cycle. Apathy is the defining feature of this election, and it’s driving me nuts.

This special election will determine who the mayor of San Diego will be for the next three years. Disgraced former Mayor Bob Filner was ousted with a significant amount of time remaining in his official term, and the next mayor will have ample time to implement strategies that may help San Diego.

San Diego needs help. This town is stagnant. Ride down Montezuma Road on your bike and tell me the roads aren’t crumbling. The dozens of crime alerts filling up our inboxes show what a joke public safety is in this community. The job market here is pathetic. The solution to these problems is obvious. We need fresh leadership.

“Wherever the people are well informed, they can be trusted with their own government; that whenever things get so far wrong as to attract their notice, they may be relied on to set them to rights,” Thomas Jefferson said about the necessity of a motivated and informed electorate back in 1789. It’s safe to say things have gotten wrong here in San Diego during the last several mayoral terms. It’s nobody’s responsibility but ours to get out to our polling places and make our voices heard.

Nobody is here to hold students’ hands through this election. Today will serve as an indicator of whether or not local politicians should take voters from San Diego State seriously. If we don’t turn out, it lets politicians know they don’t need to even pretend to care about us. Voter registration and turnout among young people is abysmal, which explains why we’re so underrepresented at every level of government. Although we make up 21 percent of the eligible voter population, voters aged 18 to 29 only comprised 17 percent of the voting population in 2008, according to a 2009 survey conducted by projectvote.org.

We have the power to sway elections. We have the right to be heard. All we have to do is get off our asses and vote.

My polling place is less than a mile away from campus. Yours probably is, too. There’s no reason why we can’t spare a few minutes to fulfill our most basic responsibility to this community. Refer to smartvoter.org if you aren’t aware of where your polling place is.