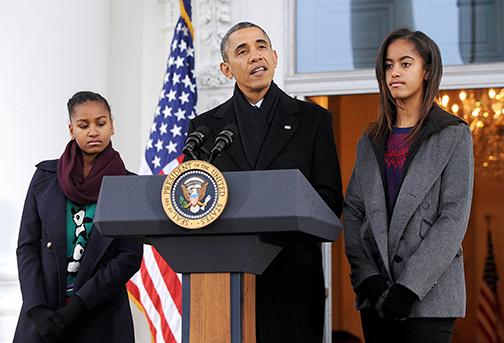 Between planning next semester’s class schedule, cramming for finals, or making winter break plans, students may have another decision to make.

As part of the federal Patient Protection and Affordable Care Act of 2010, government-run health insurance exchanges took effect this year and are attempting to attract young people to the new programs.

The highest rates of uninsured citizens in 2012 were 19-to-34 year olds, totaling 26.9 percent uninsured, according to the U.S. Census Bureau. Getting college students, many of who fall in that range, to sign up is vital to the success of the new programs.

Covered California, California’s health insurance exchange, began outreach to students at San Diego State in October when two graduate students from the Graduate School of Public Health hosted town hall meetings on campus. Covered California said last month that an estimated 370,000 individuals have begun the application process so far, according to a PR Newswire article.
Changes in the law, options and protections
Many students don’t need to worry about choosing a health plan for a while longer. Because of a provision of the Affordable Care Act, children with parents whose health plans include dependent coverage may stay on their parents’ plans until age 26. Beginning in 2014, children can choose to stay on their parents’ plans even if they have another offer of health coverage through their employer.

Also beginning in January, health insurance providers can no longer deny coverage because of a preexisting condition. Another provision of the law prevents health insurance policies from placing lifetime caps on coverage, the total amount an insurance company will spend on an individual with coverage.

That will benefit students with chronic conditions, whose coverage may have previously expired because of ongoing care from a young age, SDSU School of Nursing professor Willa Fields said.

The law also mandates that coverage includes what the government deems to be 10 essential benefits. Health insurance companies can no longer solicit plans that don’t meet the government’s minimum standards.

That being the case, there are varying levels of coverage available through the exchange. Covered California offers plans ranging from “bronze” to “platinum” coverage. Lower-grade plans have lower monthly premiums, but individuals must pay a higher percentage of their health care costs in the form of co-pays and deductibles.

Subsidies are available for those who qualify based on income, age, ZIP code, household size and level of coverage. Individuals who make less than 400 percent of the federal poverty level will qualify for some amount of tax credit.

“In round numbers for students, that means that if you’re over 26 (and) you make less than $45,000 a year as an individual, you will probably be able to get help from the government to offset the cost of health insurance,” Fields said.

The law also expands Medi-Cal, California’s health care welfare program, to individuals making less than $15,856 this year. Because of the Affordable Care Act, most individuals without health insurance will have to pay a penalty.
Students: expect expenses to rise
Students in the 19-to-25 year age group are often uninsured for a reason, though there is some disagreement as to why. Proponents of universal health care say young people often go uninsured because of the cost, while opponents say it may be an economic decision like any other.

“Students who no longer fall under parents’ health care and work part time in school may not have to pay at all,” Covered California Public Relations Representative Nicholas Rangel said. “If they just apply, it might not cost them anything.”

Rangel added financial aid is now available for all applicants, it’s just a matter of shopping the website and asking the right questions. The amount of potential aid for students is contingent upon factors such as age, income and part-time or full-time enrollment in school.

But for students who have gone without insurance this long, one thing is certain: Even if health care is made affordable with the new law, the cost of mandated insurance will add to currently uninsured students’ expenses, except those who qualify for Medi-Cal.

Emily Yavitch, an English and theater arts senior at SDSU and writer for conservative news site The College Fix, challenged the perception that the new law will lower people’s health care expenses.

“It doesn’t for the vast majority of people, it just doesn’t do it,” she said.

Yavitch said that young, unmarried individuals might choose not to be covered because they expect no immediate health issues and aren’t beholden to families. She added that because of federal standards on what care health plans must provide, individuals pay for care they don’t want or need.

For instance, all plans must cover prenatal care, which isn’t of use to men or elderly women, Yavitch said.

Medical plans used to be priced according to characteristics of the patient, such as age, and sex and the cost to the insurance company.

“And that makes sense,” Yavitch said. “The costs have gone up because all the plans have to include everything that some people don’t need. So instead of just paying for what you need you have to get everything.”
Free care or free choice?
It had only been three weeks since Field’s daughter graduated from college when she tripped while stepping off a curb and broke her ankle.

“The cost of the surgery, had she not still been on my insurance, was close to $50,000,” Fields said. “She became convinced she would never go without insurance because she wasn’t sick. She didn’t have a chronic condition, she’s healthy like any other 21 or 22-year-old, but she simply tripped going off the curb. So you take a gamble if you don’t have health insurance.”

Fields said that low-grade plans provide for that exact  scenario or other accidents that befall otherwise healthy individuals.

Yavitch believes the choice should be left up to individuals, and she’s not altogether happy about being allowed to stay on her parents’ health plan until she’s 26.

“I don’t want to be babied until I’m 26,” she said. “I hope at 26 I’m paying for myself for things. I just wish people our age would recognize how much we’re being screwed over. Because to make this system work, everyone has to pay in more, but what that really means is all of the people we go to school with are paying for all the adults.”