Aztec is a model student 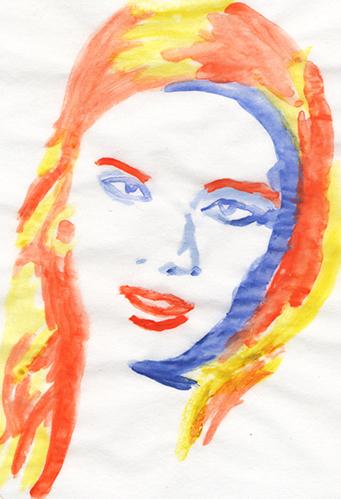 San Diego native and San Diego State kinesiology junior Cheyenne Smith walks the catwalk of her life, juggling her roles as a student, friend, dancer and part-time model. She started modeling at 15 when a manager scouted her at a shopping mall. Smith was skeptical at first, but after a sit-down meeting with her father and manager, she realized it was the real deal and decided to go for it. Smith’s first experience with modeling was with Gretchen Productions, a fashion show in a little hotel in downtown San Diego.

Smith was shy at the beginning of her modeling career.

“I didn’t want people to know,” Smith said. “I was very self-conscious. I have done dance my whole life which has gotten me out of my shell, but modeling has really made me more confident.”

When she first started modeling, Smith did not advertise it to her friends at school. She wanted to make sure she was not treated differently by her peers and did not want to come off as if she were bragging. Being a dancer her whole life, Smith developed a natural ability to be in front of an audience. Branching into modeling helped her with the way she presents herself in front of people and her communication skills when interacting with new people. Smith said observing other models helped her learn how to walk, talk and act like a model. Avoiding the bad influences, Smith has been successful in maintaining her friendly, down-to-earth self.

Smith has been lucky to have only experienced positive interactions with other models and said most of the girls are nice. Although, there are girls that are catty, she learned to stay away from them and surround herself with positive influences.

“I have kept in touch with some of the models I have met and we’re Facebook friends,” Smith said. “We love seeing what each other does and encouraging one another.”

Fashion is what has kept Smith’s interest in the modeling industry. She modeled for the Art Institute of California in San Diego and enjoys watching the creative process behind designing.

“I like seeing the different fashions,” Smith said. “At the Art Institute, we get to see how the clothes are built, how they are made and the designers are so creative. I love seeing how the different pieces grow.”

Smith loves the pieces she has worn for the Art Institute because the students’ designs are unique and intricate. Smith admits she has been dressed in clothes that were much too revealing and made her feel uncomfortable. Situations such as that haven’t stopped her though.

“I love being in front of people,” Smith said. “It gives me this adrenaline high that I just love when I am on the runway.”

Informal modeling is also very enjoyable for Smith because she gets to interact with people and answer questions about the pieces she is wearing. Being a cigarette girl for Neiman Marcus was one of Smith’s favorite jobs. Sporting a 1940s outfit, Smith gets to walk around selling products to customers and enjoys getting to know people.

Although there are many joys that come with being a model, there have been some challenges along the way. Finding work in San Diego has been a bit of a struggle because Smith doesn’t want to travel to Los Angeles, where there are a lot of modeling opportunities. She doesn’t have time to commute long distances while being a full-time student with many responsibilities.

“I am a physical therapy major, which requires a lot of time. I also am a teacher assistant for anatomy, I tutor at the student athlete center and I nanny,” Smith said.

Keeping in constant communication with her agent about the jobs she wants is important because Smith has to pick and choose which jobs she accepts so they don’t interfere with school.

Smith has been her own influencer and motivator in her modeling career.

“My parents support me, but I do it myself,” Smith said. “They don’t push me to do it at all. They just want to make sure I balance it with everything else I have going on.”

After graduation, Smith wants to continue modeling in San Diego and pursue a career in physical therapy.

“I like where I am right here and now and what I’m doing with my career as a physical therapist,” Smith said.

Smith advises those who are interested in modeling to “ be persistent.”

“If you want to do it on a big scale, it has to be your life,” Smith said. “It’s not something that is just going to fall into your lap.”

While Smith hasn’t made that commitment to her modeling career, she shows no signs of slowing down. Next for Smith is a fashion show for the Boys & Girls Clubs of America in December in which she’ll continue to bring Aztec pride to the catwalk.