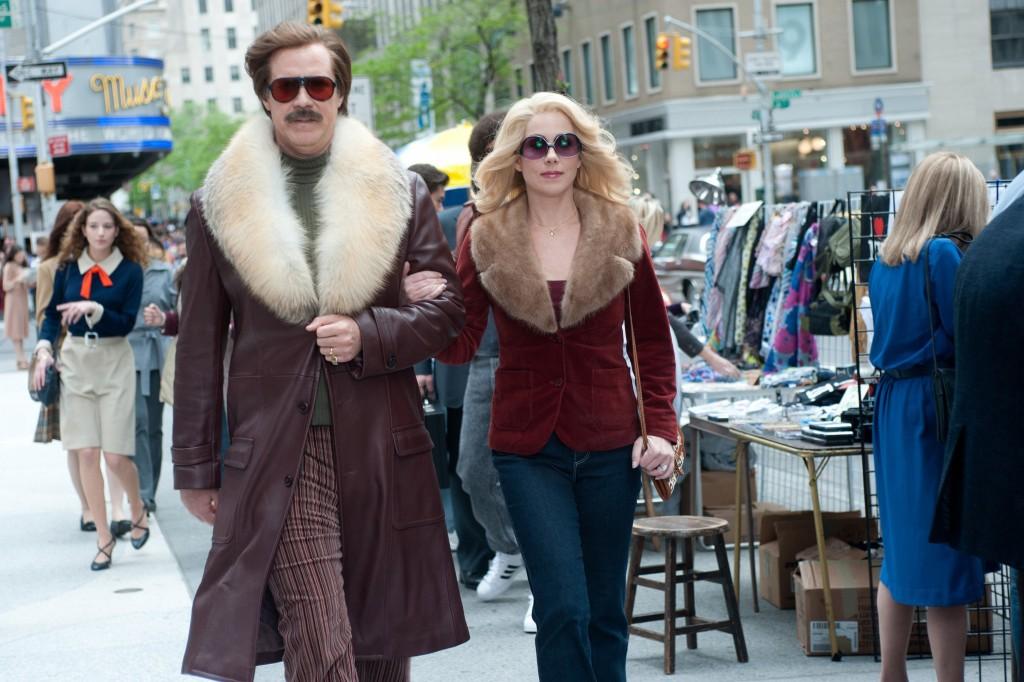 Celebrity of the Week: (Bekah Haynes)
The ever-so-famous anchorman from the Channel 4 news team, Ron Burgundy, has had an exciting past few weeks. Emerson College’s School of Communication in Boston was renamed the Ron Burgundy School of Communication on Dec. 4. Although the college was only renamed for one day, Burgundy said he “had to pinch (himself) really hard when (he) learned that Emerson College was naming its School of Communication for (him.)” He admitted that it was “kind of a big deal.” Burgundy made a guest appearance on ESPN’s SportsCenter this month to interview Denver Broncos quarterback Peyton Manning. During the interview, Ron revealed he was the scout team quarterback for our own San Diego State, thus making him one of the most famous Aztecs of all time. However, while on “The Dan Patrick Show” on Dec. 5, Burgundy confessed he was actually a Torero at the University of San Diego and was embarrassed to admit that he could not get in to SDSU. Regardless of which university he actually went to, make sure to show support to this fellow San Diegan by seeing his movie “Anchorman 2: The Legend Continues” that hits theaters this month. And remember, in the words of Ron Burgundy, to “stay classy, San Diego!”
Sightings: 56th Annual GRAMMY Awards Nominees (Bekah Haynes)
Former SDSU alumnus and outside linebacker Gregory Porter was nominated for the 2014 GRAMMY award for Best Jazz Vocal Album for “Liquid Spirit” as well as Best Traditional R&B Performance for the song, “Hey Laura.”  He was previously nominated for Best Jazz Vocal Album for his album “Water” and Best Traditional R&B Performance for the song, “Real Good Hands,” off of the album, “Be Good.” Other GRAMMY nominees include artists Katy Perry, Justin Timberlake and Taylor Swift. The 56th Annual GRAMMY Awards will take place on Jan. 26, 2014 at the Los Angeles Staples Center.
Romance: Couples of the Year (Brooke Schlyer)
This year’s celebrity couples young and old have had makeups, breakups and even a few hookups. Recently engaged couple, Kim Kardashian and Kanye West have had their fair share of media spotlight on TV, social media and magazines all year; Kardashian’s divorce to NBA player Kris Humphries in June was a big deal, because she was already expecting her and Kanye’s baby girl North West, who was born later that month. The couple made headlines again when Kanye extravagantly proposed at AT&T Park in San Francisco. It didn’t take long for the couple to stir up controversy; by November Kayne had released a new music video called “Bound 2,” which sexually depicted the couple riding a motorcycle. They better be careful, little Nori is growing up fast.

Prince William and Kate Middleton are another couple that was on just about everyone’s minds this past year. The royal couple across the pond had their first son, Prince George Alexander Louis in July. Prince George is next in line to the English throne after Prince Charles and, of course, his dad Prince William. Even while laboriously mothering a newborn, Middleton still finds time to fulfill her royal obligations. Three months after Prince George’s birth Middleton made her first post-birth appearance playing volleyball at a charity event, and the couple has not slowed down since.

Trivia (Brooke Schlyer):
[dropcap]1[/dropcap] What celebrities would you like to see as a couple next year?

A. Taylor Swift and Douglas Booth

B. Kendall Jenner and Harry Styles

[dropcap]2[/dropcap] Which couple is most likely to tie the knot and say “I do” next year?

A. Mila Kunis and Ashton Kutcher

B. Katy Perry and John Mayer

Update: This article has been edited to feature all of Gregory Porter’s previous Grammy nominations