Inside the mind of Old Globe Artistic Director Barry Edelstein 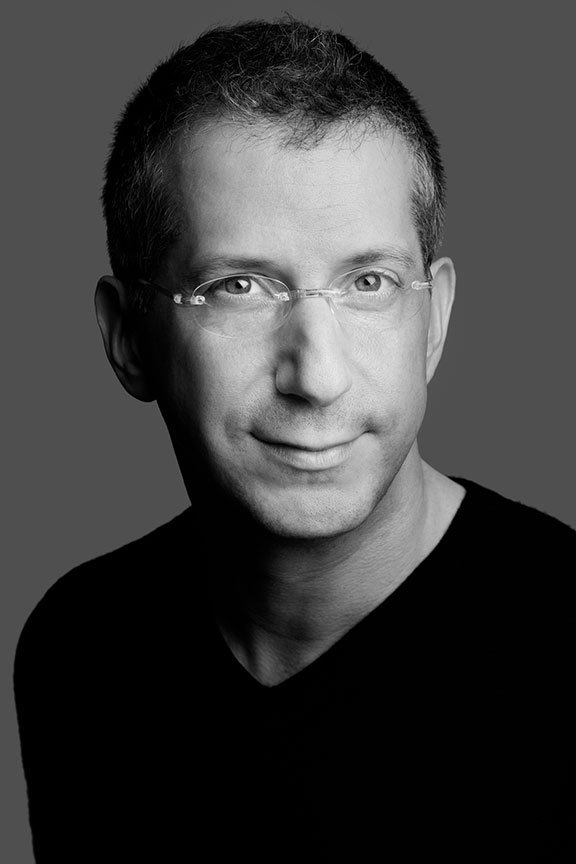 In the fall of 2012, Barry Edelstein was named the Artistic Director of Balboa Park’s acclaimed theatre, The Old Globe. The first show he’s directing at this venue is William Shakespeare’s “The Winter’s Tale,” an offbeat work that starts out as a bleak tragedy before abruptly turning into a lighthearted comedy. Since the switch of tone is so sudden, it’s considered to be one of The Bard’s “problem plays.”

The Daily Aztec: Can you tell readers a little bit about the road you followed that led to you becoming the artistic director of The Old Globe?

Barry Edelstein: I grew up in a town in northern New Jersey that had a really sophisticated theater program in the public schools. I was very fortunate to grow up in a time before budget cuts decimated arts programs in schools. My introduction to the world of theater came in junior high and high school. I did an enormous amount of theater stuff, and I got the bug then at a relatively young age. Afterwards I went to college and continued to act. During my time in college, I found that I wasn’t enjoying acting as much as thinking about the whole play and how the story got put up on the stage. Teachers said that I was thinking more like a director and not an actor, and suggested I should think about that. I started directing when I was in college and had the good fortune of getting a scholarship to go to England for graduate school and spent three years working on Shakespeare with some of the best Shakespeareans in the world who were coming through Oxford, where I was studying. By the time I finished my student life, I had made the discovery that what I wanted to do was work in Shakespeare professionally in the American theatre.

I came back to New York and got a job working for a famous producer named Joseph Papp at The Public Theatre in New York. That’s the place that runs Shakespeare in the Park. I spent a number of years working on professional Shakespeare productions at The Public in New York. That led to freelance gigs around the country, and I became the artistic director of an Off-Broadway theatre in New York called Classic Stage Company from 1998-2003. I then went back to freelancing for a little while, and when my daughter was born I ended up working at the Public Theatre again and was in charge of all the Shakespeare work, including Shakespeare in the Park. That led to the recruiter that The Globe had hired asking if I was interested in being artistic director. I immediately wanted to because I felt it would be one of the great jobs in the American theater. I threw my hat in the ring for The Globe job, and to my delight, got it.

TDA: What inspired you to choose “The Winter’s Tale” for your debut at The Old Globe?
BE: There’s a lot to it. First of all, it’s always been my favorite Shakespeare play. I thought it would be a good idea to lead with something that I love a lot. Second, I really wanted to deepen The Old Globe’s commitment to Shakespeare, and it had been around 13 years since The Globe did Shakespeare indoors. I thought that was something I should look at after such a long period of time. Finally, I thought my first show should be a play that I know really well. I did a production of “The Winter’s Tale” in 2003 at Classic Stage Company that was very successful.

TDA: When it comes to Shakespeare, do you prefer directing tragedies or comedies?
BE: I like both. I have a very not-so-secret life ambition to direct every Shakespeare play. I’m about halfway through and I find both genres stimulating and rewarding in different ways.

TDA: Which of the two acts is harder to direct? The dark first act or the funny second act?

BE: The degree of difficulty in the play is huge. The show continues to present extremely challenging directorial problems. Both plots of the play present massive challenges, and they are fun to reckon with. A great thing about Shakespeare is he requires your every resource: imaginative resource, emotional resource, psychological resource and monetary resource. A big theater is required to realize all of those components.

BE: There are so many to choose from. I am touched and moved by a bunch of different ones at a bunch of different times. “All the world’s a stage” from “As You Like It” is an amazing and beautiful speech. The mad speeches King Lear gives at Dover and its cliffs from the drama of the same name are extraordinary and moving. Othello describing how Desdemona fell in love with him in “Othello” is just as profound as anything that The Bard ever wrote.

There are also random monologues that I think also make an impact. Hamlet telling Horatio being resigned to his fate in “Hamlet,” or Touchstone talking about how “if” is the greatest word in the English language at the end of “As You Like it.” The list goes on.

TDA: You were a Rhodes Scholar studying English renaissance drama. Since people typically win scholarships for pursuing careers in medicine, scientific research law and public service, how were you able to convince others that your studies represented commitment to others and to the greater good?

BE: The guidelines of the scholarship don’t specify the fields that scholars should study. They are all about the character of the individual and the mandate that some contribution to the greater good be the result of a life experience a person would have. The clear expectation is that the huge, extraordinary and life-changing gift of these years at Oxford will result in the scholar coming back home from England and making a contribution to the society in which he or she lives. I try to rise to the mandate of the scholarship and say I’m going to give back in the form of leadership and in the form of the art I make.

TDA: What advice do you have for San Diego State students in the arts and those studying Shakespeare in class?
BE: One of the wonderful things that all art has is empathy. What art allows us to do is enter the subjective experiences of other people. Art allows us to enter into the experience of another by showing it to us. Theater shows us people in situations and allows us to identify with them and imagine ourselves in their place.

For students in the arts, I would suggest that they keep their eye on the basic power of art, which is to allow people to imagine other people’s situations. For students not in the arts, I would suggest they avail themselves during their time at SDSU of the opportunities in San Diego to make contact with art. Art is so enriching and powerful in its attribution of value to the human experience.