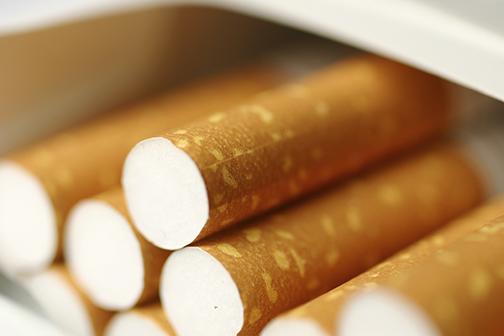 I smoked my first cigarette when I was 18 years old living in a remote mountain village in southern China. I was offered one almost every day and finally tried it out of curiosity. It made me nauseous and I didn’t smoke again. The people who lived in the village either didn’t know, chose to ignore, or had simply forgot that smoking is bad for your health. However, it held no connotations and nearly everyone did it. [quote]Living there, I learned that my healthy lifestyle was neither right nor better, but completely arbitrary.[/quote] San Diego State’s recent move toward a smoke-free campus limits diversity in our community, restricts what some consider a social event and a coping mechanism and projects a misrepresented image of our student body.

The issue of secondhand smoke was probably the forefront decision to restrict smoking on campus, and although I agree that it’s a serious issue, I don’t believe that secondhand smoke outdoors in an isolated area would have a significant effect on the non-smoking population at SDSU. In a study done by the California Environmental Protection Agency, nicotine concentration from secondhand smoke was measured various indoor and outdoor locations. The results showed that the concentration of nicotine in the outdoor campus setting would be 0.051µg/m3 (microgram/cubic meter). Compared to the concentration of nicotine in secondhand smoke indoors, which is 29.2 µg/m3, that number is miniscule. Even with the previous outdoor smoking areas on campus, the effects on non-smokers were minimal. By further isolating the smoking areas, the effects could easily be eliminated altogether. When looked at this way, the benefits of isolated outdoor smoking areas outweigh the negative effects that this kind of controlled smoking would have on the general student population.

Smoking is a social event, a chance to escape outdoors and share a calming activity with friends. Those who feel anxious around others, and often avoid social situations, suddenly have a reason to join a group of smokers. They ask for a lighter and let themselves get swallowed into a group wherein their cigarette is physical proof of membership. Smokers share experiences and an identity just by smoking. They exhale an amiable nonchalance about the frailty of their lives, letting their vice permeate their day-to-day lives in a physically destructive, emotionally liberating recesses, while banded together in spite of, but not against, the grimaces of passers-by. For me, a non-smoker, seeing the groups of people clustered around a bench or a walkway talking and laughing with a cigarette is always a comforting sight.

Smoking is not just a social experience, it’s also a coping mechanism. We all have them, but we like to categorize and judge others based on their dependence and their effects. On the spectrum of coping mechanisms, smoking is probably on the “bad” end because of its adverse effects on health, and its shameless ability to cause addiction. [quote]While I’m a strong advocate for health, I’m also an advocate for doing what makes you happy.[/quote] Of coarse, there’s a line to be drawn here, but the way I see it, cigarettes fall short of that line. College is stressful and some personalities are better equipped to handle that stress than others. It’s unfair to take away what some people consider their form of stress relief in the place they probably need it most.

While it’s unfair to compare SDSU to a Chinese village, I admire the uninhibitedness of the latter. A campus that promotes a homogenous lifestyle is sacrificing an element of diversity and freedom. Students should be free to smoke on campus as long as they are not affecting the health of others, regardless of how they affect others’ sensibilities. Having a smoke-free campus misrepresents the diversity of the characters that make up our student body. The student plagued with anxiety is as much a part of our community as the confident and collected student; while one craves the stimulation of class work and deadlines, the other just needs to step outside and smoke a cigarette. Any student here is made well aware of the effects of cigarettes on his or her health, so I see no reason why isolated smoking should be prohibited on campus.