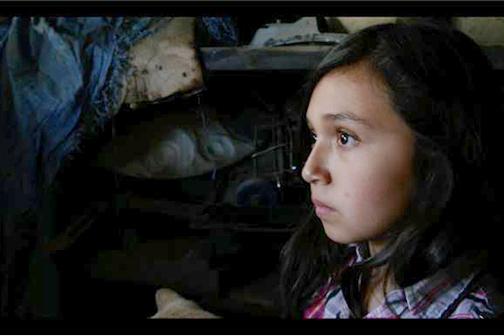 Last Friday night, the second evening of this spring semester’s San Diego State Student Film Festival played at the Don Powell Theatre. Dozens of short features from our university’s very own students were shown, ranging in genres from comedy, documentary to serious drama.

This section of the festival began with a series of warmhearted features. “One Inch from Flying,” was an inspiring documentary about highlining. Passionate highliners who sought out the greatest of heights were interviewed of the flick. Through the documentary’s great landscape shots with the highliners doing their thing, even those with fear of heights could have been persuaded to pick up the sport. In the end, highlining became less of a daredevil’s sport and more of an adventure for an exhilarating way of living.

Serious films cropped up as the festival went on. Set in the year 2020 when an epidemic struck the U.S., “Disinfection” followed an American dad crossing the border from Mexico to the U.S. to see his daughter. While others crossed through just fine, the father was stopped for a thorough search and a quarantine. He was forced to strip and shower, then sprayed with gasoline. His clothes and possessions were steamed, destroying his surprise gift to his daughter. After the father’s bitter reunion with his daughter, the film revealed to be a commentary on the delousing of Mexicans crossing the border in the early 20th century. Despite the controversy being from the past, the message still struck home through the film’s powerful storytelling.

Many creative styles of movies were shown during the festival as well. A highlight for direction was “A-Nakba,” a Western short with a gangster kidnapping two women for sex trafficking. The tense selection stuck out immediately from its filtered editing, making the yellow hue of the hot desert stand out with high contrast. Though the tale covered only brief moments of the struggle between the characters, it ended on an epic shot, closing in on one of the women shooting at the runaway criminal.

The final selection of the night was “High Road,” a powerfully moving short covering a girl’s fatal drug addiction and her downward spiral. The storytelling played key as the director told the entire narrative backward, as if time was on rewind. Each sequence was grim, but the film concluded on a surprisingly optimistic note.

Whether it was a documentary, political commentary or a comedic sketch, each student filmmaker had a unique story to tell in a creative angle. From memorable characters and inspiring messages, there was something to take away from each selection. It’s inspiring to think all of these impressive works came from our own students here on campus.