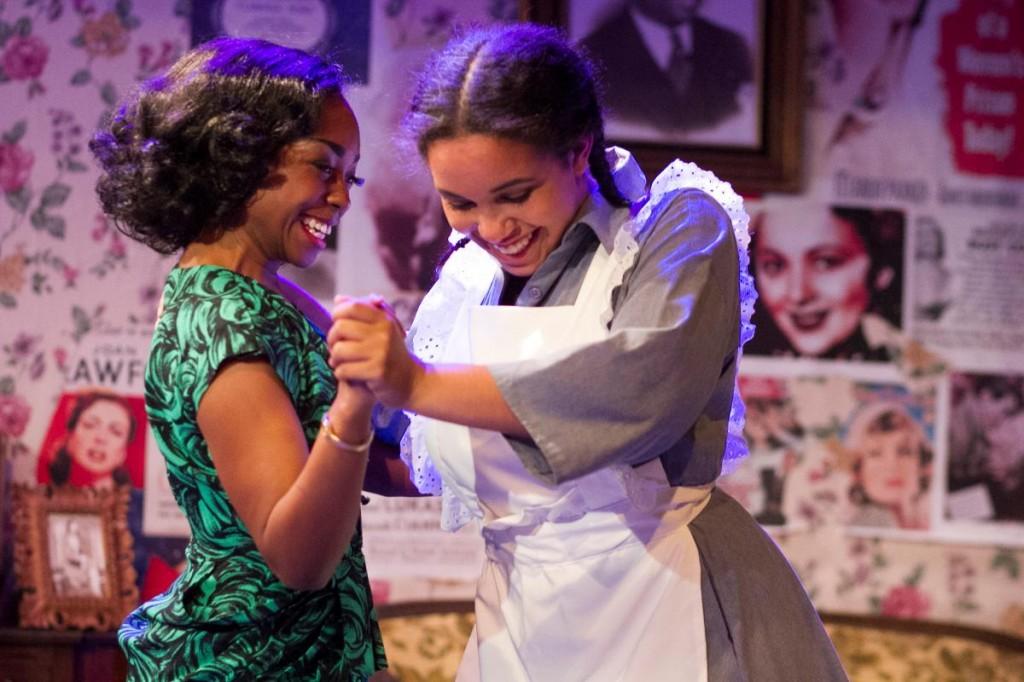 The Daily Aztec: Can you tell readers a little bit about yourself and what inspired you to become an actress?

Cashae Monya: I’m a San Diego native who started singing at a very young age. Music was my passion and I wanted to be a singer. In junior high, I randomly decided to join a drama club. This lead to me doing shows at San Diego Junior Theatre and I eventually started acting in professional shows in the city.

The Daily Aztec: According to your bio, you are a senior majoring in child and family development at SDSU. What made you to decide to major in that as opposed to musical theatre?
Monya: I started working with kids at San Diego Junior Theatre and that became another passion of mine. After high school, I took a year off to act and decide what I wanted to major in. Majoring in theater didn’t feel right to me because I was getting so much experience in the professional world. Theater is not an incredibly lucrative job. I didn’t feel comfortable spending a lot of money in a field that would naturally keep me in debt. I wanted to get a degree in something more academic and something that I loved. I knew that while I really enjoy working on stage, I also wanted to continue helping children.

The Daily Aztec: How much do you relate to your character in “Crumbs from the Table of Joy?”

Monya: There are certain aspects of her that are relatable. I’m 23, but I’m playing a woman who is supposed to be in her 30’s. I usually play characters who are younger than myself. However, there is a piece of me in all the roles that I play. Lily’s is like me in the sense that she’s outgoing and passionate.

The Daily Aztec: How difficult is it to balance being a student and a working actress?

Monya: I’ve had to balance the two since I’ve been in high school. I think that being in school really helps in my acting. For instance, with this character, she’s a communist who is placed in a time where a lot was going on historically. Getting to think about the social context of the piece has really inspired me. It is exhausting going to class, having a show at night as well as having a job at a child development center. That being said, I love being busy and you have to let go of school and work when acting and just really be present in the character and the moment.

The Daily Aztec: What are some of the most memorable productions you have been a part of?
Monya: The production that comes to mind is “The 25th Annual Putnam County Spelling Bee,” which was directed by SDSU teacher, Rick Simas, and co-starred SDSU graduate Brandon Joel Maier. That was a lot of fun and a hilarious musical. The (audience) volunteer component of the show made each performance fresh.

The Daily Aztec: Tell the readers a little bit about the difficulties about making a living as an actress.

Monya: It is something that has kept me from just focusing on acting. I used to be in three or four shows a year, and now I am in one or two, because I can’t afford it. Performers obviously don’t make a lot of money. Also, people don’t see shows that often, due to the economy. Acting is not that lucrative, so you have to love what you’re doing. I do enjoy being in one or two shows a year because it gives me an opportunity to really appreciate them, as opposed to being in many plays, including some that are subpar.

The Daily Aztec: Any advice for students pursuing acting?
Monya: Be sure to enjoy yourself. I tend to freak myself out and worry about making the right choices in theater and in life. I can overthink things, which can be a good and bad thing. I think it is important to remember that theater, even when dealing with difficult subject matter, should be fun. That is one of the main reasons people go to theatrical events.