A.S. gets ready for spring elections 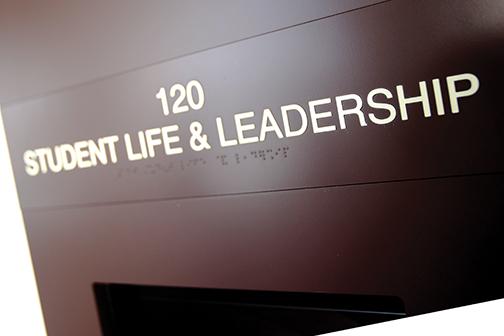 AS Elections will begin on April 17. Photo by Jenna Mackey, Staff Photographer

According to A.S. Student Bill of Rights and Bylaws, elected executive officers receive compensation for the time they are in office. The five officers received earnings sent directly to the university not more than the total cost of the officer’s tuition and campus fees. They are also provided the cost to live in off-campus housing.

With officers within A.S. serving as student representatives and taking responsibility for decision-making, students are highly encouraged to participate in the democratic process by running for a position, or simply voting, election committee member Tyler French said.

“I just want everyone to run and everyone to vote,” French said. “Get out and get involved.”

French said last year’s restructuring was applied to create a more efficient and democratic system in A.S, something that has created a buzz around campus.

Last year, 18.3 percent of the student body voted, the highest turnout the A.S. has ever seen.

To maintain last year’s voter turnout record, an increased marketing effort has been put into effect to ensure even more voters, French said.

“Our marketing team is working on different ways to raise awareness about the election taking place on campus through posters that are out and advertisements for the election in East Commons and West Commons,” Gomez said.

Gomez has been involved with A.S. since his freshman year at SDSU, and he will be graduating this year.

There will be tabling and advertising by candidates during election week, French said. Each candidate will be allowed to spend $800 total on the election; candidates can also fundraise and accept donations to spend on his or her personalized campaign.

The general election will be open from March 17 through March 20. Students will be able to vote through a tab labeled “A.S. General Election” in their SDSU WebPortal account.

All candidates are required to have a RedID so A.S. can keep track of who is running.

“It is very important to know that you are electing the right people to make decisions and get messages out there who have your best interest in mind,” Gomez said. “That way you know your voice is being heard.”

The general election will be open from March 17 until March 20.

This article has been corrected to say each candidate is allowed to spend $800 total on the election. The Daily Aztec apologizes for this mistake.