SDSU gets visit from down under 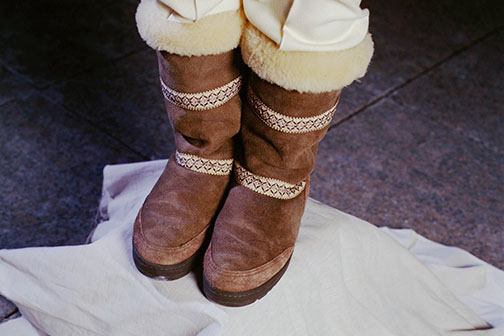 On Wednesday Feb. 5, at the newly-built Conrad Prebys Aztec Student Union, creator of the Ugg Australia brand Brian Smith spoke about his journey and his career. The San Diego State Entrepreneur Society hosted the event as their kickoff to the new semester.

“We invite speakers like Brian Smith to inspire people to get excited about entrepreneurship and surround themselves with like-minded people,” Entrepreneur Society President and business senior Nolan Rakow said.

Smith introduced the journey of the Ugg Company and how his luck brought it the success it continues to obtain today.

Smith began the speech by saying, ”I am not here to talk about the seven ways to get profitability. Instead, I’ve got three philosophical gems that I am going to leave with you, they will live with you through your business career.”

Smith continued to say that every individual should find what he or she does better than anybody else.

“Think differently than everybody else,” Smith said. “Don’t worry where you’re going to end up … the universe conspires to work with you.”

Smith was merely a public accountant until one day, he was listening to Pink Floyd and the lyrics of one song opened his mind to create something no one had before. He moved from Australia to America to begin the trend of sheepskin boots. He created the brand in 1978 in southern Calif.

Smith continued to say not many people believed sheepskin boots would catch on in America. He began to target his audience with surfers and sold his product in surf shops.

Smith stressed that individuals must grow an idea from an infant age and let it slowly mature into a company, as his did.

[quote] “Feast upon uncertainty, fatten upon disappointment, enthuse over apparent defeat, invigorate in the presence of difficulties, exhibit indomitable courage in the face of immensity, and exercise uncontrollable fate,” Smith said.[/quote]

“I saw the speech posted and was interested to hear about a global brand recognized by every consumer and how this brand was created,” marketing junior Daniel Dossegger said.

Entrepreneur Society member and marketing junior Genemo Ali said, “I joined this club to expand on my entrepreneurial background and surround myself with business-oriented people as well as other entrepreneurs already in the business world.”