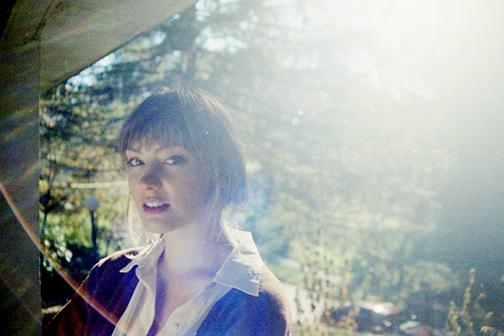 Folk musician Angel Olsen connects heart-to-heart through her music in a way only a few musical artists can match. Olsen’s openness in her music caught the attention of critics when she released her 2012 breakthrough debut, “Half Way Home.” This year, Olsen returns with the release of her incredible new album, “Burn Your Fire For No Witness,” a record worthy of a spot in the year-end lists. She is also currently touring her new album and will perform at Soda Bar on March 1.

In her music, it’s not strange to find Olsen bearing her feelings for people to hear. She sings with a voice and a deep gaze that cuts straight through you. Olsen stops you dead in your tracks to say so little, yet so much through her lyrics. From the beginning, she is comfortable enough to confess her deep secrets.

While “Half Way Home” was mainly acoustic, the new album finds Olsen plugging in her electric guitar. The first single “Forgiven/Forgotten” introduces a louder guitar sound to her music. Despite the changeup, Olsen’s music remains personal and resonant, if not more powerful. Her lyrics still openly share her desires and frustrations. Delivered by tougher guitars and stomping drums, Olsen’s words hit like a blunt weapon to the heart.

Though Olsen may sing about stark experiences, “Burn Your Fire For No Witness” is not entirely filled with heavy matter. Olsen arranges her writing in a diverse style, playing a jolly tune for the lonesome “Hi-Five” or shooting high for the dramatic closer “Windows.” All of her tunes share a loose theme of overcoming insecurity, but Olsen gives each melody a different personality.

Her songs in “Burn Your Fire for No Witness” are a rewarding listen. Give the new record a spin, or watch her Tiny Desk Concert performance video on NPR to check out Olsen’s music before the event. Whether the musician is present by herself or with a live band, her show should be deeply engaging.

Also read: Lost in the dreamy folk of Marissa Nadler