Melodies and business unite at SDSU 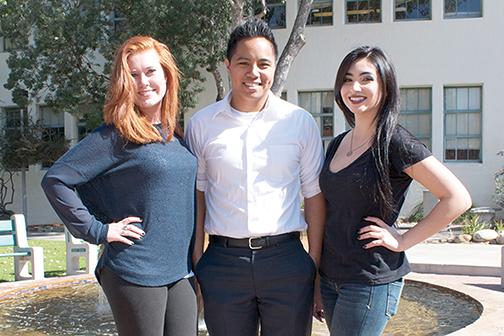 San Diego State economics senior Ace Antonio has a vision that extends past the scope of the supply and demand curve in his textbook—a unique vision that involves throwing concerts for undiscovered musical artists.

That’s right. Antonio is the founder and president of Audio Culture Events, a company that produces concert events and promotes independent and Internet-based singers and musical groups.  According to the company’s mission statement, Audio Culture “seeks to provide independent artists with live performance opportunities and fans with unforgettable yet affordable musical experiences.”

Antonio has been interested in music for most of his life as a singer, songwriter and guitar player.  As a freelance performing artist toward the beginning of his college years, he was able to learn about the music industry while meeting a lot of talented, aspiring musicians whom he felt were not receiving the attention they deserved. During the summer of last year, Antonio decided to act upon this injustice.

“One day I just decided, ‘I’m gonna create a logo and a brand name, and I’m gonna throw events under that name,’” Antonio said. Thus, Audio Culture was born.

Since then, Audio Culture has held a few concert events and the company team has grown to nine people, most of which are SDSU students. Two of the team members, Emily Sanchez and Megan Henry, are both hospitality and tourism management sophomores with an emphasis in meetings and events.  Marketing Assistant Henry works to spread the word about Audio Culture to the public and helps the marketing and promotion directors complete their tasks. Booking agent and artist relations specialist Sanchez finds talent for the concerts.

“To me, that’s really exciting,” Sanchez said. “It’s not like I’m doing work on the computer, you know, it’s actually fun. I get to meet them (the musicians) and know them.”

In order to succeed in the midst of competition from big companies such as Live Nation, Audio Culture wants to focus on helping build the careers of Internet artists, which Antonio sees as an untapped market in the industry. Because the company is essentially based in San Diego, Audio Culture mainly features local artists.  The website has an entire page dedicated to the talent that has already performed or is yet to play at an Audio Culture event, as the exposure that artists receive from participation in the events can change their careers for the better.

[quote]“We want to really emphasize creating that connection between the performer and the audience,” Antonio said. “We don’t want to just throw them up on stage and just forget about them.”[/quote]

In the grand scale of things, Antonio hopes for Audio Culture to eventually become more involved in the current trend sweeping the country—outdoor music festivals. He one day hopes to produce the first YouTube-based outdoor music festival, an event that would ideally feature all the biggest names online.

The Audio Culture team is preparing for its biggest event yet, coming in March and called AudioFest.  Hoping to make it an annual event, they are all working harder than ever to make this exciting new level of concert event a reality.  Though the combination of a full course load and managing a new company sounds stressful in the least, their passion for music makes it all worth it.

“A lot of the time it doesn’t feel like work,” Antonio said. “I just love to produce events and I love music, and that’s what I do.”