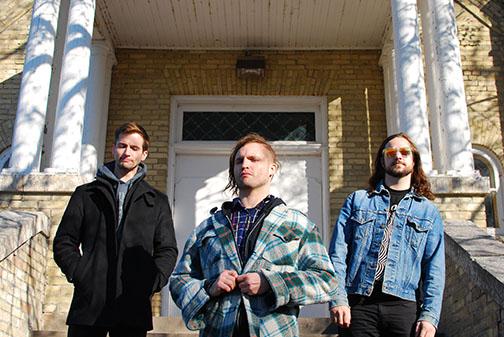 The Casbah is prepared with a stunning lineup of metal bands for an upcoming show. On Sunday, March 9, the San Diego venue welcomes Russian Circles, KEN (Kill Everyone Now) Mode and Helms Alee. In the past year, the three bands have released a solid album and are ready to take their new music live onstage.

The headliner band Russian Circles plays metal rock in a more instrumental direction. In its progressive music, Russian Circles lets its heavy guitars burn slow to build an epic score. The rich melodies gets even better as the band bleeds each song into another, as heard on the band’s latest album, “Memorial.” The climactic guitar shreds in the opening song “Deficit” and drones fluidly into the next song, “1777.” The entire album plays in this continuous manner to create an exciting listen.

Compared to the mellow rock of Russian Circles, the wild KEN Mode sounds closer to a hard-core punk band. The hammering guitars of KEN Mode twist furious and rough. Vocalist Jesse Matthewson screams equally aggressive through the grime. Both parts come together as a destructive force in the band’s latest record, “Entrench.”

The other supporting act is Helms Alee, who recently released the album “Sleepwalking Sailors” in February. The sound of Helms Alee sits in the middle of the other two bands. Like Russian Circles, Helms Alee steadily builds its music with heavy guitars. But what sets the band apart is the play between two vocalists, Ben Verellen and Dana James. While Verellen sings in a brutal range, James softens up the music with her airy voice.

If you are looking for a mellow night of metal, check out Russian Circles. For a speedier band, listen to KEN Mode. Helms Alee should play a steady and brutal set. For all kinds of metal fans, the Casbah’s got everything covered.