Rethink the meaning of diversity 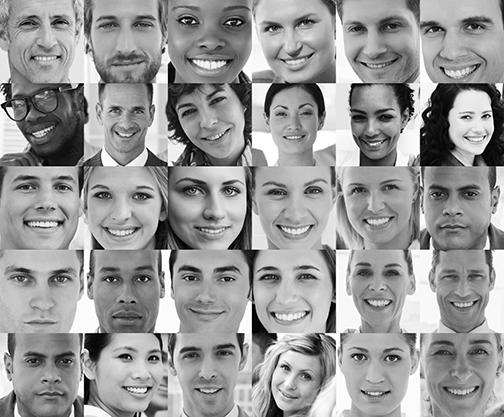 The 2014 Diversity Awards will be presented Wednesday, April 30 to the San Diego State community members. The celebrarion brings to mind an important question: What does diversity mean today? SDSU prides itself on the diversity of its student body, faculty and staff, noting each group’s ethnic makeup, sexual orientation, passions, experiences and worldview. The Diversity Awards are given to students who exhibit certain characteristics. They must demonstrate a pride for SDSU’s diversity and show “commitment to social justice.” They are leaders in the inclusion of “people of different lifestyles, cultural backgrounds and identities.” Lastly, they are committed to the inclusion of “members of historically underrepresented or marginalized groups.”

Diversity is a very important concept to SDSU, which is a good thing. It’s still imperative, however, that we consider how components of diversity have changed over time, and how the meaning of diversity has changed with them.

Ethnicity is one of the first things I think of when I hear the word “diversity.” Looking at the University of California, San Diego, where 44.9 percent of its student body is Asian and only 23.1 percent is Caucasian, the idea of Asians as an ethnic minority has to be rethought. Similarly at SDSU, 30 percent of the student body is Hispanic, which is comparable to the 37 percent who are Caucasian. The U.S. has a very diverse population of immigrants, many of which have been here for two or more generations. [quote]Therefore is a person considered “diverse” by virtue of his or her ethnic makeup?.[/quote]

There is a widening gap in developed countries in the correlation between a person’s ethnic heritage and his or her culture as defined by that heritage. My father’s parents brought him to the U.S. from Taiwan when he was 4 years old and never looked back. They raised him to speak English and made sure he assimilated to the culture of his new home. My father’s parents’ generation saw a trend of immigrants who wanted their children to assimilate to American culture above all else.

In the past decades, we have seen a reversal of this trend. Today, parents want their children to have a culturally diverse upbringing. For many families, this means creating an environment that includes aspects of a culture that may be foreign to the one they’re exposed to in school or among friends. In this way, diversity has been created and fostered, while homogeneity is looked down upon. Despite their efforts, however, children seem more inclined to create a culture that incorporates their peers, popular culture and personal interests, among other things.

It seems that in the U.S. a person’s ethnic heritage is not as significant in creating diversity as his or her experiences and worldview. A person’s experience can often be influenced more by a socio-economic status than by ethnicity. In this way, it’s a very important aspect of diversity. Peoples’ socio-economic status determines many aspects of their childhood and teenage culture: where they live, what ideas they are exposed to, their hobbies and passions and their formal education. With such an ethnically and culturally diverse population, the value of measuring diversity on a socio-economic basis cannot be underestimated.

Today, sexual orientation is one of the most diversifying characteristics, partly because only a relatively small number of people do not identify as heterosexual. A Lesbian, Gay, Bisexual or Transgender person will most likely have a unique worldview partly because diverse sexual orientation is very controversial when compared with ethnic and socio-economic diversity on an international level.

In the U.S., we love to put people into categories “Diversity” seems to refer to a person’s experience in a variety of these categories and the ability to see people, regardless of which categories they fit into, as equal with themselves.[quote] The concept is inherently ambiguous and dynamic, which is why it’s so important we continue to think about its changing aspects and challenge ideas that might be outdated.[/quote]

SDSU heavily promotes diversity, and only good things can come of that. But let’s not forget that we are all, by virtue of our truly unique worldview and experiences, diverse.