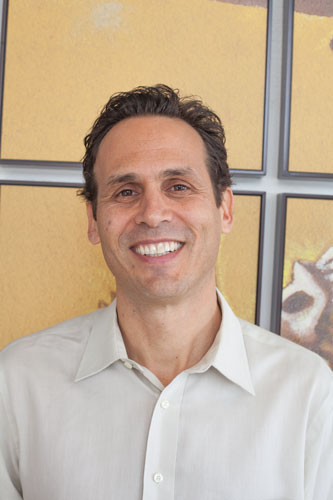 The Aztec Center was the original campus living room, fortifying the legacy of our community-oriented campus. Approved for funding in 1963, it opened its doors to students in 1968, giving San Diego State almost five decades’ worth of expression, growth and determination. Recently, The Aztec spoke with anthropology chair and campus historian Seth Mallios on the history of the Aztec Center and the importance of a campus living space. Now, the Conrad Prebys Aztec Student Union offers a new generation of students new opportunities in campus living, while maintaining the significance of our foundation.

The Aztec: How has Aztec Center, the campus living room, played a role for the SDSU community?

Seth Mallios: I think it’s worth it looking at the different congregating areas and how it relates to the campus. The Faculty-Staff Club was the first meeting place in the ‘40s and ‘50s, called the Caf. Students played bridge there and so it was all about waiting for a table at the Caf.

As the campus grew in the ‘50s, it became clear there needed to be a place for students,

and then there’s all the momentum in the early ‘60s, with Kennedy coming here, (which) led students to believe in paying for the student center.

That’s one of the key things for these incredible facilities to be built: students have to believe in them to vote for them. It was in ‘63 when 75 percent of students said, “Yeah, we’re willing to pay, and to have future people pay for this student center.” That’s when you look at what’s going on in the early ‘60s on campus, it’s such an amazing time—Eleanor Roosevelt comes and gives a talk, Ella Fitzgerald comes and sings—you have these amazing cultural icons through politics, music, art who were all coming by San Diego State.

When you talk about the legacy of the original Aztec Center, it’s all about protest. You know, almost immediately you have protests from almost every major group, like women’s rights. During this time, women have a curfew and men don’t. They immediately protest it and bring attention to the fact that double standard is completely wrong. And then you have rallies against the war; big protests against the Vietnam War right here on campus. People say the revolution came to San Diego State, it just came a little late. Whereas other campuses were having these big protests in ‘67, ‘68, at SDSU it was ‘69, ‘70, ‘71. And so you have huge anti-war protests going on—you have the Chicano Movement.

We have the oldest Chicano studies program in California and the curriculum grows immensely. When you look at all the original artwork that was in Aztec Center, it all has this Chicano Movement theme. We have Gilberto Ramirez’ (Mural) Triptico that we were able to save in Montezuma Hall. That started in 1970 and that three-part mural is all about the Chicano Movement—it traces the path of it. There are huge protests and demonstrations here for that.

Something else that doesn’t get talked about too much—the African American population surges here on campus. They are very militant about trying to get equal rights—something you look back and say, “Oh yes, obviously, it’s inevitable.” But no, it wasn’t seen as inevitable at all during the time. When Ella Fitzgerald comes here in ‘61, she has a write-in on her contract that says if she sees any segregation in the crowd, backstage, the bathrooms—you name it—she won’t perform and she keeps the $2,500 they paid her upfront.

So when I think of the original Aztec Center, I just think of it as this hotbed of protest. The wall between Student Services and Aztec Center that everyone painted protests on goes on all the way up until the ‘90s.

This is the area you would see faculty members picketing in their caps and gowns, you would see a mural of President (Thomas) Day being decapitated; it was all happening right in this area.

In my mind, when you said the campus living room … it’s about the living space. Its not about what you can do there, like bowling or the gym, it’s about what people are doing there. Those were the freedom steps, and it was about personal expression on any of these key social, political or ethnic movements.

That’s what’s so fun about this place, because I don’t know how people are going to use this as a living room. You know it’s a sustainable building, but beyond that, it’s a really good question: “What’s going to be the signature event here?”

TDA: What do you think the impact of the student union will be and how do you think it will change the Aztec community?

SM: That’s one of the great things about college, is that it’s a big group of people who have so much potential and you don’t know what’s going to happen. When I think about your generation, the generation defined by everything from Columbine to 9/11, it’s so different from mine.

I think the students who are going to be here through (2014 to 2020), their issues are going to be so much different than ours. I would like to think it’s going to be issues of huge ecological matters; I think those are the most pressing matters facing our planet right now and I hope this building would be a symbol of creative solutions to that.

Another thing I think worth thinking about is philanthropy. The thing I think people really miss is (Conrad Prebys) didn’t go to school here. (He) gave the money to this school because he believed in our ability to change the local community. If wealthy people are saying the best way to help this region is to give to SDSU, then we’ve completely changed the process of funding this school. Maybe that’s what this place can represent, that SDSU is standing independent of the heartstrings of those who went to school here.

I think this place works on two levels: one is the practical side of having such great services here; the second thing is it really has to do with the symbol of campus. For so long, the front door of campus was Hepner Hall. The Aztec Center didn’t give the campus a new front, door. I think this place changes that for the 21st century. This becomes the front door and the new symbol of campus.