Poignant country artist has nothing to hide 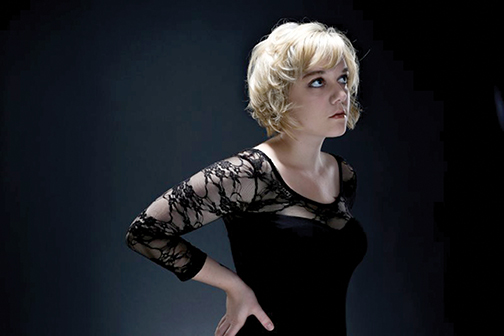 Country musician Lydia Loveless hides nothing on record. In her songs, Loveless shares her midnight lust and vices openly with no regrets. Her honest storytelling is what makes her new album, “Somewhere Else,” a wild and exciting ride. Loveless is currently touring in support of her new record, and she is performing in San Diego at the Seven Grand Whiskey Bar on Thursday, March 20.

Loveless keeps things upfront in her music, and “Somewhere Else” follows that trend. From the beginning of the album, Loveless is already a few drinks in as she drunk dials in “Really Wanna See You” and drunkenly makes out in “Wine Lips.” But while she lets her lust be known, the singer also confesses shame. She is well aware that she is too sloppy for her own good, and Loveless makes her music more personable by not forgetting to show off her flaws.

When sober, Loveless sounds tough as nails. Her previous album, “Indestructible Machine,” has the singer calling out whoever has done her wrong with a fearless attitude. In “Can’t Change Me,” Loveless defends her independence while she fights against infidelity in “How Many Women.” Nothing is out of hand for Loveless. No one stands a chance.

Her writing may feel heavy with lust or anger, but Loveless keeps her music sounding welcoming and friendly. The guitar sound in her melodies draw between raw electric blues and twangy country. Her upbeat tunes feel light but never too soft, while her angry songs sound tough but never too aggressive. She refines her rough yet friendly sound in “Somewhere Else,” and the result is a record made for the pop charts without compromise of her vision.

Because of the electric atmosphere of her music, Lydia Loveless should translate better live. Through the amps, the live guitars should sound rougher and more thrilling than what is heard on record. Most importantly, the lyrics of Loveless should resonate the best coming from the live voice of the singer herself.