A+ Review doesn’t cheat the system 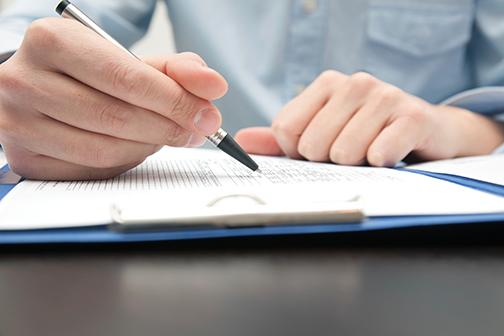 Flashcards? Check. Notebook? Check. Highlighters? Check. Intricate reviews compiled of study materials, homework and potentially even past exams? That one may be a little harder to come by, unless you know where to look. Some students at San Diego State know where to find it, and it’s right down the street.

A+ Review is a tutoring service that directly caters to SDSU classes. It offers periodic six-hour long “super reviews” that coincide with the exams from select classes, but is not officially affiliated with the university in any way.

According to the A+ Review website, the mission of this service “is to expertly prepare our SDSU students to score very high on their exams. One way we accomplish this goal is by continually improving our materials and teaching ability.” These materials have become a point of contention for SDSU faculty and students. The service is rumored to give students the exams from previous semesters for the class they are currently enrolled in, thus raising questions about whether using the service is a form of cheating. A+ Review even forbids students from mentioning the review or any study materials in front of professors. [quote]However, as of now the accusations have never been proven, leaving some members of the university’s faculty to question the validity of the service without the ability to take any action.[/quote]

Mike Scrivener, the owner and founder of A+ Review, was a former accounting instructor at SDSU. According to him, he began to hold reviews in the same style of the “super reviews” during his time on campus. He believes the school administration didn’t approve of these teaching tactics and therefore didn’t ask him to continue working at the university the following semester. So he moved down the street and continued to serve students on his own. He denies any allegations of stealing exams. In fact, he has quite a different idea as to why some professors disapprove of his services.

“Why do these professors have such a problem with free-market private instruction?” he said. “I think it runs deep. I think it’s political. I think they are probably embarrassing the liberal academic system. The most powerful union in California is the professors and teachers’ union … They feel like only government has the right to teach people, that they should have a monopoly on teaching and it’s their way or the highway.”

According to A+ Review, students who attend their review sessions generally score between 10-20 percent higher than the class average on exams. While there is no way to directly prove this number, I can say from experience that it at least helped me. Out of three exams in my Statistics 119 class, I chose to study the old-fashioned way for the first one and failed. After that, I wised up and paid a visit to A+ Review because I had heard so many wonderful rumors about it, even though it was conveniently never mentioned in my classes. I went, studied and focused incredibly hard for six straight hours, received the infamous test packet, and aced my next two exams. I have no idea if any past exams were included in the packet, but whatever it was worked.

I, along with several other Aztecs, worked hard for those grades. That’s why I found it quite disappointing that I was forbidden from mentioning the service in my classes and that I have never once heard a professor suggest A+ Review as a valid tutoring option. So the question became, why exactly do professors resent this service so much?

Stephen Blum is a finance lecturer at SDSU, and his class has an A+ Review counterpart for both exams and homework assignments. Blum said his students who use A+ Review may score well on the exam, but the grade doesn’t usually reflect any real understanding of the course material.

“They have no mastery of the subject whatsoever,” Blum said. “(A+ Review) just programs them basically.”

He went on to explain that he copyrights all of his course materials and that A+ Review slips past this obstacle by only slightly changing numbers and wording, while still using essentially the same material.

[quote]“It’s a joke, it’s a disservice, it’s dishonest,” Blum said. “I don’t understand why the university can’t shut them down, but they’re obviously letting (A+ Review) perpetuate this fraud and it’s wrong.”[/quote]

Jon Baumunk, an SDSU accounting lecturer, didn’t see any legal issue with the service, but reiterated Blum’s question of the usefulness of this kind of education.

So the basic responses are that A+ Review isn’t the best way to study and the service’s information gathering techniques may not be the most ethical. I understand and even agree with both of those ideas, but struggle to see how they would warrant labeling the practice as cheating.

For one, if students choose to cram for a test and only learn exactly what is going to be on the exam, it’s their choice. Sure, they will probably forget everything they learned the second they put their pencils down, but that’s their problem.

Second, the use of old test materials, taken with permission or not, shouldn’t be a concern to current students. If a test is easy enough to where simply studying old exams allows students to ace it, there’s a problem with the test, not the student.

I sympathize with professors who teach classes that have A+ Review counterparts. They are at a disadvantage in that they need to create new exams each semester. But considering that is the job of a professor, my sympathy ends there. Labeling A+ Review as wrong or cheating simply frightens students away from a helpful service because of the biases of the competition. College students are adults with the right to choose their own method and quality of studying. If there truly is no legal issue with the service, then it’s time it was recognized by the school as a legitimate organization based on teaching, not cheating.