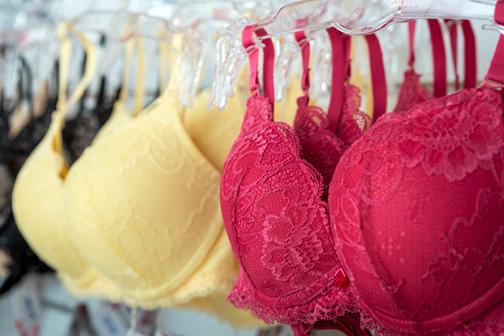 Every girl has gone through this situation at least once in her life. She searches through the lingerie section, finds a gorgeous bra that looks and feels great, but once the price tag is turned over, all hope of bringing that wonderful breast hammock home is put to rest. Unfortunately, females will find themselves spending $30-$40 just for a basic bra. I have to check my bank account to make sure I have enough money to cover my intimate purchases. It’s ridiculous to think that something as essential as a bra is marketed at such a high price. Yet women are forced into dealing with these prices without complaint.

According to the New York Times, “the average price of a bra is $65 at higher-end sellers at $13.90 at mass marketers,” and women do not simply own one single bra. There are multiple types, colors and designs they must adhere to. When accounting for these factors, girls will most likely end up forking out close to $200 for just the basic bras.

Victoria’s Secret is one of the most well-known undergarment stores out there. But if a woman wants to shop here, she better be ready to spend at least $100. Most bras from Victoria’s Secret cost around $40-$50. And that’s only including the ones within the normal cup size range.

[quote]Bigger chested girls, unfortunately, have a subset of their own bra problems.[/quote] First, those that are bigger than a C-cup typically only have neutral-colored bras to choose from. Secondly, bigger bras mean bigger prices. Whenever I find one in my size and style, I’m suddenly stricken with a higher price than I had anticipated. Not only is this frustrating for girls with bigger busts, but it gives women this idea that having large breasts is a disadvantage. Companies throw words around like “more support” and “seamless” to give off this idea that bigger breasted women need to have special bras that require more money. Supposedly, the bigger a woman is, the more expensive her undergarment must be.

If today’s culture thinks most women are less than a C-cup, then females have more to worry about than a lack of affordable support. Today’s average bra size is now a 34DD. This means more women are now not only bigger than a C-cup, but also bigger than a DD-cup as well. If women’s boobs are now averaging out on the bigger side, why are companies still catering to smaller-cupped bras?

It could be a subliminal message to consumers that smaller cups are normal and anything bigger should be treated differently. But taking into consideration that for the past 20 years most stores only carry colored or pattern bras in C-cups or smaller, one sees why certain bra sizes are still not seen on the market as much as they should be.

Today, women are more aware of proper bra-fitting and thus are opting for bigger bras. The problem here is that major companies aren’t getting the message and are still belittling big-breasted individuals.

[quote]Regardless if one is an A-cup or a DD-cup, both types of women will deal with the same problem of paying dozens of dollars for bras that society deems as essential.[/quote]

Walking around in public without some sort of bra-like undergarment on is out of the ordinary. My biggest problem with this is I didn’t ask for breasts, nor did the rest of the female population, so if society has a problem with them, they should cater to our needs and make bras more affordable. It’s not right to pay so much for something that I don’t mind doing away with. Although we’ve been graced with these sacks of fat on our chest, once again our culture has taken the fun out of having breasts by making the over-the-shoulder boulder holder unfathomably expensive.