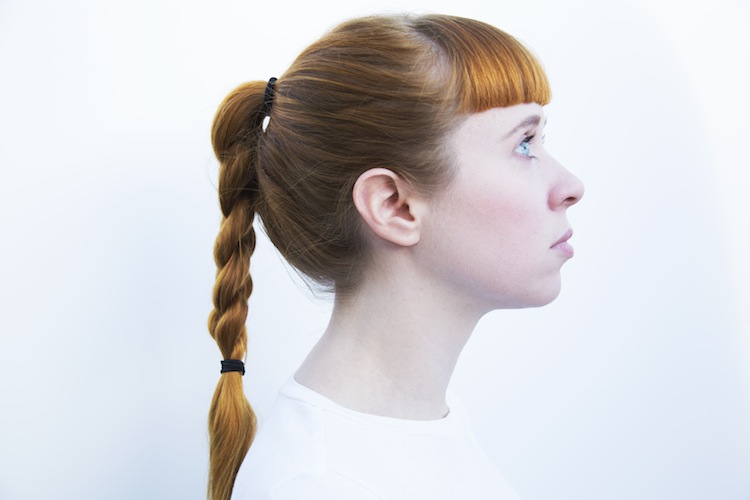 Holly Herndon thinks “laptop music” differently. While others stay busy debating the legitimacy of digital music, Herndon openly embraces the portable computer as an instrument, like one does for a guitar or keyboard. Her music follows her adoration for technology; it’s hard to imagine any of her songs created by anything but a computer program.

Due to her tech-minded ways, Herndon’s breakthrough 2012 album, “Movement,” can sound a bit dehumanizing upon first listen. As house music tends to feed off of analog warmth, Herndon’s songs in the album feels hollow, more rooted in the digital frost of techno. The most human aspect of her music, Herndon’s own voice, is rendered into repetitious digital data, much like the calculated drums thumping underneath.

But after a good listen into a song like “Fade,” the production approach of Herndon in “Movement” becomes more clear. Herndon records and edits her vocals as an instrument equal to a synthesizer. In “Fade,” her voice turns into a psychedelic melody and texture for a solid techno single; distorted gasps and sighs becomes another blip of sound in “Movement.” In the hands of Herndon, organic sounds are composed into an impressive digital form.

Herndon recently released “Chorus,” one of my favorite songs of 2014. Similar to the songs in “Movement,” Herndon collages her vocals in the title track to create a dazzling techno single, only the vocals and sounds are arranged more meticulous.

Despite its experimental form, “Chorus” works impressive as a standard dance single, thanks to Herndon’s clean drum work. The snippets of voices may sound foreign, but the groove is definitely present. Out of all the creative things Herndon does in the song, what I love most in “Chorus” is how far out Herndon goes with her abstract ideas while maintaining a balanced, functional dance song.

The music video for “Chorus,” directed by Akihiko Takaguchi, visually presents the technology theme in Herndon’s music, and it’s one of my favorites of the year so far as well. The video explores the current obsessions of digital art and works with a lot of self-referencing. I recommend you experience “Chorus” by watching the video rather than listening to an audio stream, so you get the full creative experience.