Step-by-step to finding your new GBFF 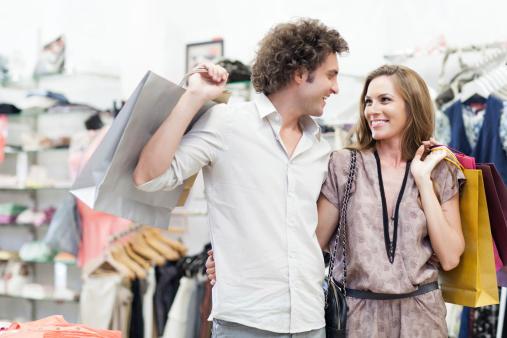 Dear straight girls,
Spring 2014 is all about accessorizing, whether it’s your floral headband, thick-rimmed glasses or your gay best friend.

That’s right–this season the one accessory that will set you apart from those other “basic” girls with bad chin acne and tragic eyebrows is a gay best friend.

I’m here to tell you how to find your very own homosexual.

This requires a level of superficiality and stupidity, usually reserved for Catholic priests and high school history teachers, but you can do it because I believe in you.
First, look for the stereotype.
Renowned for their majesty and fierce outlooks on life, homosexuals possess qualities, which distinguish themselves from other species of men.

Look for the guy with a kink in his walk. He is most likely choreographing a dance routine to the latest Lady Gaga song, or he might have had too much fun with Brian last night.

Homosexuals vary in color and size, but one thing you can definitely look for are immaculately shaped eyebrows and super short-shorts. (Note: Make sure to make the distinction between a gay guy and a European. There’s a difference–gay guys know how to speak English.)

You can find this mysterious specimen in his natural habitats: the theatre department or American Apparel.
Second, approach the homosexual.
This must be done with class and tactic. A common approach is squealing hysterically that you’re going to be his best friend. This is a mistake tragically made by many straight girls, other than deciding to get Zooey Deschanel bangs.

A more efficient method is approaching the target and suggesting that he’s going to be your gay best friend. Take control, be in charge and wear the big-boy pants. Make sure to let him know that you own him.

Also, slyly suggest he go shopping with you. He is born with a genetic mutation which makes him more fashion savvy than you will ever be.

Homosexuals are known for not having anything better to do than shop, gossip and talk about your sex life. Make sure he’s interested in whether or not you and Kyle need to make it official.

Gay men have no personal obligations such as eating, sleeping or breathing to adhere to. Make sure he memorizes your period schedule so he knows when to tell you how fierce you look when, in reality, you look like Britney Spears circa 2007. Let them do their fabulous work.
Last, make it official.
Like any relationship, you need best friend gear to fully accessorize your own personal homosexual.

I suggest getting matching tramp stamps, which say “He’s my Gay” and “She’s my Straight,” respectively. It’s super chic and will definitely catch on.

Platonic butt grabbing is also a great way to show ownership over your own personal gay. Flirting and the time-to-time making out are expected of a gay and straight girl relationship. Even if he’s getting way too into it, just remember it’s purely platonic.

Now that you have obtained your cool, savvy, accessory gay best friend, show him off! Clip him onto your lanyard next to your car keys. Walk him around campus like he’s your personal show dog until he gets tired, or dies.

Oh wait, you say you’re a 40-year-old mother of three sons with no prospects of finding a gay best friend?

No worries! Gays are for everyone. Just send your boys to private Catholic school. It’s fool-proof. Watch as your son will turn into a gay, fully-equipped with a sense of fashion, theatricality and a well-versed knowledge in hot celebrity gossip. God bless.

Now quick! Straight girls, gays are in high demand and if you don’t get them now, they’ll run out.

And when they do, you’ll have to get the lame ones in the discount section, the gays who have actual lives and personalities.

What kind of way is that to live?

This piece is satirical.