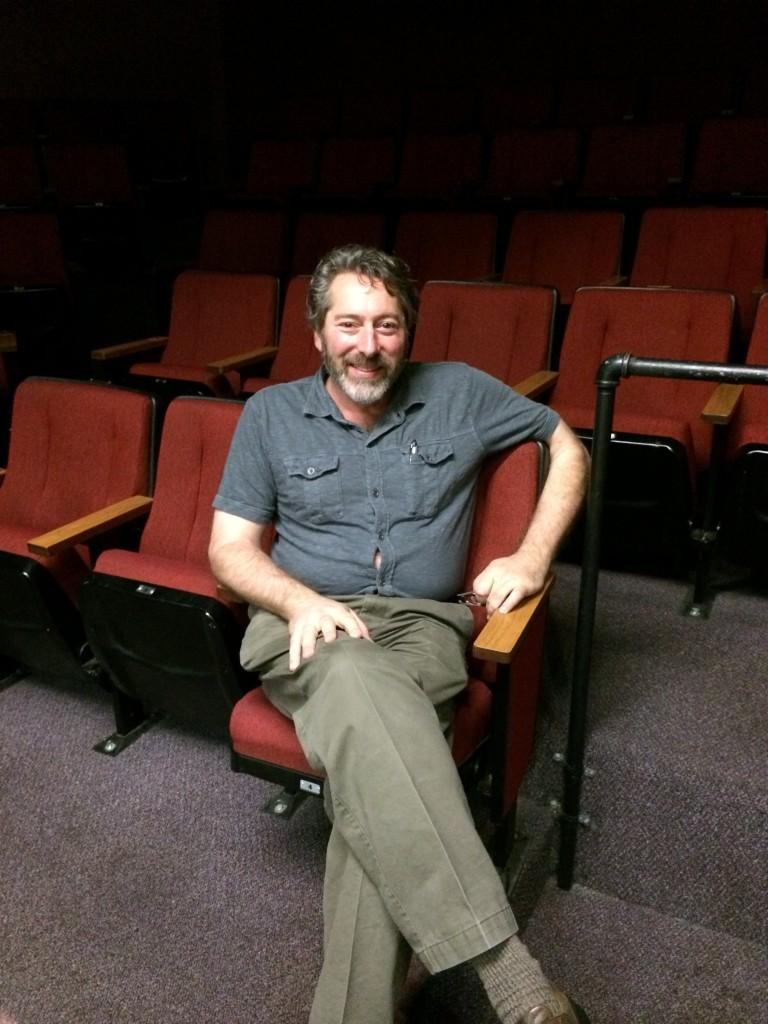 David Ellenstein is a director, actor, teacher and the Artistic Director of the North Coast Repertory Theatre in Solana Beach. The next two productions playing at the Rep, “Mandate Memories” and “Faded Glory” are world premieres directed by Ellenstein. While his job is far from easy, he made it clear to The Aztec that he believes that being an Artistic Director has been extremely rewarding.

The Daily Aztec: How did you become interested in acting/directing?

David Ellenstein: I was born into it. My father was a well-known character actor, director, teacher and Artistic Director. As a child, I would go on film sets, rehearsals and see live theater. I saw all kinds of plays, and since I was four years old, theatre was the only thing that I wanted to do. I watched my Dad enjoying what he did so much, that I realized why would I want to do anything else?

The Daily Aztec: Who was your biggest supporter/mentor or influence?

DE: I have to say that it’s my Dad. It’s not that he wanted me to follow his footsteps, but when he saw that I wanted to and had an aptitude for it, he became my number one teacher as a kid. We worked together throughout my professional career until he passed away. He directed me in plays and vice versa. We would also act in shows together.

Another important mentor in my early professional career was Jonathan McMurtry who is a San Diego icon actor and was just in the North Coast Rep’s staging of “The School for Lies.” We became friends in the mid 70’s and we’re still close. He helped me in my development as an artist.

The Daily Aztec: What lead to you becoming the Artistic Director of the North Coast Rep?

I was freelance directing in theatres around the country much larger than the Rep. My wife and I were living in Los Angeles with my first child. I got called by a couple of people who I knew in San Diego who said that this job became available and that I should apply for it.

I wasn’t sure if I wanted to take the job at first, because they didn’t hire many professional actors at that time. It was also a much smaller organization. After I told my wife about the job, she said “you’re applying, you’re getting the job and we’re moving!” She wanted to get out of LA, mostly because it seemed like a better place to raise our child.

After getting the job, I thought I would only be the Artistic for three to five years trying to turn the place around and I’d move on. I’m now currently in my eleventh year.

The Daily Aztec: What are some of your most memorable experiences as an actor, director or Artistic Director?

DE: As an actor, playing major William Shakespeare roles such as Hamlet and Richard III are unforgettable. They’re the most comprehensive in as far as what they demand of you as an actor physically, vocally and intellectually. While every kind of performance is a challenge, once you do those roles, you can sort of tackle anything without fear.

The other reason Shakespeare roles have been influential is because the view of the world that he brings to the characters is very comprehensive. Examining this makes you grow as an artist and as a person.

It’s hard to say what my most memorable experience as a director is. I would say probably plays that have been the least in line with what I knew. Those were the most challenging and satisfying. I would learn a lot about either history or psychology that I didn’t understand from my regular life.

An example is the play, “The Chosen,” which is based on book by Chaim Potak. I ended up directing it five different times. I knew nothing about Hasidic Jews, but I learned a lot about their culture and society. Finding out where they were coming from humanized them as well as other groups for me.

As an Artistic Director, the best thing for me has been the ability to draw high caliber artists who I had looked up to and actually have them work in my theatre. I did a play called “Heroes” here, which was about three older men. I had McMcMurtry, Ken Ruta and Ray Reinhardt.

Ruta was one of the forces of American regional theatre and I wanted to have a career like him when I was a young actor. Reinhardt has many Broadway credits and was the leading actor of American Conservatory Theatre in San Francisco. At the time the production ran, I thought “I’ve arrived. This is great. It can’t get a lot better for me.”

The Daily Aztec: What are some of the biggest challenges of being the artistic director of the North Coast Rep?

DE: Wearing many hats and still staying true to what your passion is, which to me is making theatre. Being able to deal with a lot of things like developing marketing and finances while still having passion and energy can be difficult. I never thought I’d be a director who would be checking emails and making phone calls in my office every time I took a break. You have to be ready to take care of every little mini-crisis that comes up, because they come up daily.

The Daily Aztec: Tell readers a little bit about two upcoming shows you are directing, “Mandate Memories” and “Faded Glory.”

DE: We did the first initial reading of “Mandate Memories” a couple of years ago, which was written by Lionel Goldstein. I directed one of his other plays, “Halpern and Johnson” three times at different theatres. It was intriguing and interesting, but it needed work. I revisited it about a year and a half ago and Lionel wrote a new draft after I started talking to him about the show. It’s developing into what could be a moving, informative and human experience. The drama is about two people who learn about each other and about themselves and are at a different place at the end than they were in the beginning.

“Faded Glory” has been around for ten years, but has never been produced. I read it and was surprised by how funny and crazy the script was. The show is about a real life historical figure, Daniel Sickles. He is a general in the Civil War whose life reads like a fictional movie. It’s got history, humor and even has a touching relationship at the center of the story between Sickles and a woman who is taking care of him when he becomes older.

The Daily Aztec: Do you have any advice for students pursuing the arts at SDSU?

DE: Take every opportunity you get to be involved with theater. It’s really hard to make a living doing this, and if it’s your absolute passion, then you should go for it after graduating. In school, see as much as you can and observe different styles of acting.

Even though I’ve taught at three different universities and I’ve studied with some of the best acting teachers of the last 40 years, you have to find your own way. Nobody is going to be able to hand you “the way” for you. You need to take what you get from all your professors and people you believe in and ultimately synthesize what it is for you to be in theater and what theater wants to be for you.

Also read: Actor shows his range at the Cygnet Theatre