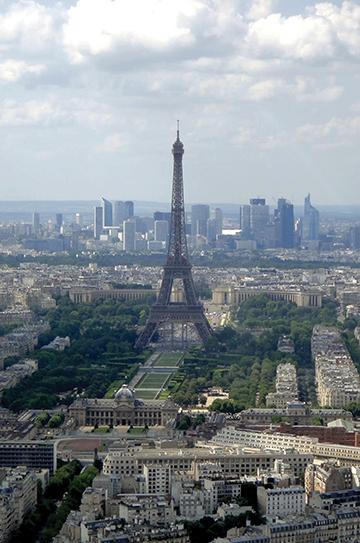 President Barack Obama proposed a $30.5 million budget cut to the Fulbright program in his 2015 budget proposal, potentially increasing the already competitive nature of the scholarships. San Diego State sends many Fulbright recipients abroad each year, and the proposed reductions have created mixed reactions in the SDSU community.

The Fulbright U.S. program, created to increase mutual understanding between people of the U.S. and people in other countries, is the largest exchange program in the nation. It gives students and other young professionals the chance to study abroad, conduct research and teach at universities as well as secondary and primary schools. With more than 355 study abroad programs in 52 countries, SDSU ranks third in California and is in the top 25 schools nationwide according to the Institute for International Education’s new Open Doors Report.

The primary source of funding for the Fulbright program comes from an annual appropriation from the U.S. Congress and the Department of State. The Fulbright fact sheet shows the budget for the 2013 fiscal year was $242.8 million, which means a $30.5 million deduction to last year’s appropriation would represent about a 13.5 percent cut.

SDSU Fulbright Advisor Alda Blanco said even if the cut was approved, it might not have a negative impact.

“I think … it will make us work harder actually to get the grants, that’s the positive side of this,” Blanco said.

But the proposal isn’t going through without a fight. On Twitter, the hashtag #SaveFulbright hosts the conversation of people who are trying to stop the cut from going through.

Fulbright alumni created a webpage, www.savefulbright.org, which has a petition for people to sign if they are against the cut. To date, more than 22,000 signatures have been collected.

“There’s amazing pushback both within the United States and other countries,” Blanco said.

President Obama has also proposed increased funding for other study abroad programs when he proposed the cut to the Fulbright program.

“I think that it’s great they are funding new programs; however, Fulbright is a name that carries weight throughout the world and can open a lot of doors,” SDSU alumnus Arik Chapman said. Laving taught English in Spain for nine months through Fulbright,

Chapman said Fulbright allowed him to do what he loved, with a purpose.

“With respect to our national budget, this money is a drop in the bucket and can come from different areas, taking it from the Fulbright could lead to a dangerous trend,” McDermott said.

Fulbright scholar Dana Morton, who studied in New Zealand, said the Fulbright experience was priceless and cuts would be detrimental.

“I think it is an awful idea,” Morton said. “The Fulbright stipend for graduate students is very modest, and is scaled to the cost of living in the country you attend, and so that amount of money would directly affect many students, especially students traveling to developing nations.”

Despite the ongoing fight to stop budget cuts from happening, Blanco looks on the positive side, hoping the potential budget restrictions will make students and faculty work harder. She said students should not be discouraged.

“We just have to keep promoting it, the faculty has to keep working with the students, students can’t get bummed out and we just need to continue. If possible everyone needs to put a little pressure,” Blanco said.