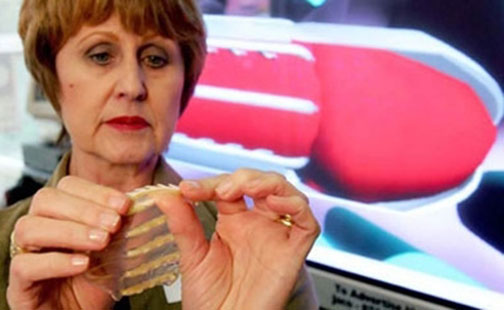 Rape is one of the biggest cautions our society has to face day after day. According to the Rape, Abuse and Incest National Network, an American is sexually assaulted every two minutes. Even more disturbing, 60 percent of all sexual assaults go unreported. Most of us are unaware, but the American culture can be classified as a rape culture, where many citizens make light of the atrocious act.

Unfortunately, this idea that victims are to blame for being sexually assaulted is increasingly prevalent and leads to a domino effect of women (and in some cases, men) having to fight to protect themselves against rape, as opposed to teaching people to just not rape to begin with. It disgusts me to know that even today, rape and sexual assaults are a daily occurrence. But now desperate times call for desperate measures.

What if there was a way to prevent rape? It sounds like a pipe dream but miraculously, Sonette Ehlers, a former South African medical technician, has developed an anti-rape device called Rape-axe. This device was first developed in 2005 but has been fine-tuned since then and has finally created some grassroots support.

[quote]How does it work? Women insert somewhat of a female condom inside their vaginas and the spiked inner lining of the device will claw onto a rapist’s penis when he tries to pull out, giving the victim time to escape. [/quote]Picture a sturdy condom with something that looks like a medieval torture device on the inside. It’s like having teeth in a vagina, only this time, the teeth stick to the penis.

The best part is the device can only be removed by a doctor, which in turn will nab the rapist when brought into the hospital.

“If (the rapist) tries to remove it, it will clasp even tighter … however, it doesn’t break the skin, and there’s no danger of fluid exposure” Ehlers said. Essentially, the product will only cause surface pain and won’t permanently disable a man’s penis.

The product is made from rubber and easily inserted, but each product can only be used once. Some believe that this device is inhumane, that it will cause the rapist physical pain and cause damage to his body.

[quote]I guess I didn’t realize society was so compassionate towards rapists.[/quote]

So now victims have to worry about the rapists’ well-being? I don’t care if they’re still a person. If a man has the audacity to enter a woman’s body without her consent, then he should suffer the consequences, even if that means being stabbed by sharp shards. Back in Greek mythology, it was said that a woman’s body holds many dangerous secrets and any man who is willing to penetrate is entering at his own risk. And now, that risk is higher than ever before.

If Rape-axe becomes a common product, it will only alleviate rapes and sexual assaults. Negatively reinforcing an action will teach the population that raping a person will run the risk of having one’s penis stabbed by dozens of teeth-like spikes, an initial punishment that’s more than fair for the crime. It’s a barbaric punishment for a barbaric action. Call me apathetic, but this device gives women back their bodies. For too long they have been treated as objects, but now women have the power to punish anyone that feels they have entitlement to their bodies.

Unfortunately, this product may still never come to widespread use in the United States. As long as we still live in a male-dominated society, it’s a fat chance this product gets anywhere near mainstream markets. I’m not saying this product is something we should be excited to use, but until rape is eradicated from society, we need every chance we can get to protect ourselves. Ideally, the burden to stop rape belongs in the hands of the rapists. But until then, it’s time we take matters into our own hands.