Class time is a terrible thing to waste 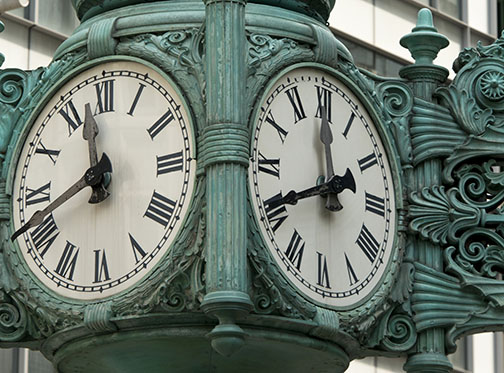 I’m going to take a leap of faith by claiming that some of you pay quite a bit for college—this statement is brought to you by Captain Obvious. Even with so much money spent on college, I still worry that I’m not receiving my money’s worth in the quality of my education.

This is a valid concern. [quote]We pay to learn, so it’s a reasonable expectation to want to retain some of this knowledge, if not most of it. [/quote]That being said, some classes are a giant waste of time. “Time is money” is a good metaphor, because it depicts time’s value, and there are many instances when my time is ripped off.

One week, I had two classes both showing movies on the same days. I can confidently say that the first day of our classroom viewing was entirely unproductive. It wasn’t even worth the gas or the time it took to attend the second day, when I had other classes and objectives to focus on.

[quote]Unless you’re in a film-related class, there is no excuse to use class time for a movie for college-level courses. [/quote]If it’s vital for the lesson plan, it should be assigned as homework like we do with reading a book. It can then be discussed later in class. Movies can be found easily via Netflix, or anywhere on the Internet for that matter. Professors wouldn’t squander a class by having all the students read for an hour, so a movie shouldn’t be an exception.

Movies are just a specific example of how a single class, in most subjects, can waste your time. There are entire courses that are based on information that many students won’t find useful or remember in a few years—I’m talking about you, secondary language requirement. However, that is another story for another time.

Here’s where I would like to give a nice statistic about the average cost of attending San Diego State, but there are too many variables to get an amount that’s applicable to the entire student body. To get a basic idea, the more units you take, the cheaper each individual class becomes. Since you’re hypothetically taking more classes, your time becomes more precious. Therefore, having a cheap class wasting valuable time just makes you not want to show up at all.

Classes showing movies cost me about $19 for each day. That’s overpriced for half a movie so it’s no wonder there is an audible sigh of relief when a class gets canceled from some students. Sleeping in or going home early is a blessing compared to trekking onto campus just to waste 50 minutes of their lives watching a movie.

It’s even more difficult for the numerous students who have jobs. According to a 2011 U.S. Census report, 71 percent of undergraduates work while attending school. More than half of those students worked more than 20 hours a week.

[quote]With such a large portion of students working, time management becomes even more crucial. Balancing school, work, a social life and family is no easy task—Captain Obvious strikes again. [/quote]The last thing a busy student needs is a class wasting time with a movie or another meaningless activity, while a laundry list of things to do looms over his or her head.

Some teachers will attempt to drag students to the classroom with ominous threats of attendance-based grading, but it’s ultimately the individual’s choice to attend class or not. Learning the course materials is the most important element of the class. After you’ve gotten your priorities straightened out, you can make the educated decision to skip a class or two when life gives more lemons than you can manage.

If you’re curious, or just bored enough to find out how much it personally costs you to go to one class per day, the formula is the cost of tuition divided by total units being taken that semester, multiplied by the amount of units for the specific class, and finally divided by the number of days the class meets in a semester. Once you’ve figured out what your time really means to you, use that knowledge to make educated decisions about your schedule. Ideally, teachers would do the same, but when it comes to something as precious as your own time, it clearly can’t be left in the hands of those who choose to abuse it.