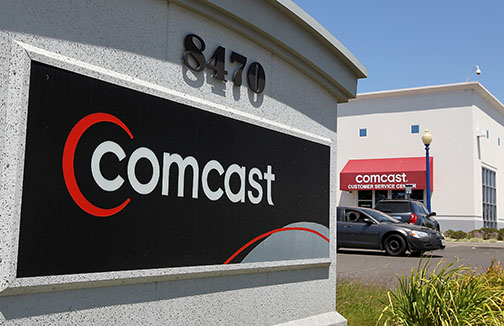 There is another bracket that’s worth some attention during March madness. It’s none other than the annual Consumerist’s Worst Company in America awards. Every year since 2010, consumers have voted and awarded the coveted “Golden Poo” to the most despised American company.

[quote]This result is concerning. On the most basic level, this means people prioritize Internet access above food. [/quote]Comcast is no peach as it has made many corrupt business decisions as well, but saying it’s the worst is over the top, especially against the borderline science fiction villain Monsanto.

San Diego State business ethics professor Wendy Patrick said companies are more likely to have public image problems when their business practices and public relations messages contradict each other. It’s best when both actions and messages are synchronized.

Obviously, every company will attempt to remain in the good graces of the public through the use of public relations messages, but their actions speak louder than press releases. Unfortunately, both Comcast and Monsanto have both cried wolf one time too many, so no one trusts either anymore.

Comcast has had an eventful year. The American Customer Satisfaction Index rated it the worst Internet service provider and the second worst subscription television service in 2013. The only other company that competes with that level of customer dissatisfaction is Time Warner Cable, also a WCIA nominee.

Speaking of Time Warner Cable, Comcast is trying to create a merger. The reasoning behind this is to help both companies compete with companies such as Google. This idea worries many people because if they’re successful, Comcast and Time Warner would become a media juggernaut with a huge portion of TV and Internet subscriptions. However, when two piles of trash are combined, the result is just one big pile of garbage with horrendous customer service. If Comcast really wanted to be a better competitor against Google, it would expand its service and increase their internet speed.

Comcast, also a huge opponent of net neutrality, won a ruling in an appeals court earlier this year. Therefore, it can now discriminate against different websites and services by slowing down Internet speed for whatever reason. [quote]Netflix had better watch its back.[/quote]

On the other hand, Monsanto is a lobbying mastermind. The so-called “Monsanto Protection Act” that was snuck into effect protects genetically modified seeds from lawsuits concerning health risks from consumption. Thankfully, this has been killed by the U.S. Senate, but this kind of devious tactic is the reason Monsanto is so disliked. This action also raises some red flags regarding the health concerns of GMOs.

The seed giant has also been suing famers left and right. Monsanto received a ruling by the Supreme Court allowing the company to sue farmers whose crops have been accidently contaminated with Monsanto’s patented genes. At this point in time, it seems that no farmer is safe.

Perhaps you remember Proposition 37, the one that required foods containing GMOs to be labeled? It lost, but the “No on 37” campaign was funded primarily by companies such as Monsanto who spent five times the amount than the “Yes on 37” campaign. Seeing an industry strongly oppose a proposition that would educate consumers is unsettling.

Both Comcast and Monsanto have been pretty bad companies lately with questionable ethics. However, Comcast influences TV and the Internet, which aren’t necessary for life, although some may argue otherwise. Monsanto plays a huge part in the food industry and affects everyone. Monsanto is far more deserving of the WCIA title, based solely on the importance of its product for sustaining life. The public’s priorities when it comes to these moral dilemmas is concerning, to say the least. At least we can be thankful that Electronic Arts, a video game publisher, didn’t win for the third time in a row.