The Daily Aztec • May 5, 2014 • https://thedailyaztec.com/52957/entertainment/aztec-alums-star-in-summer-theater-shows/ 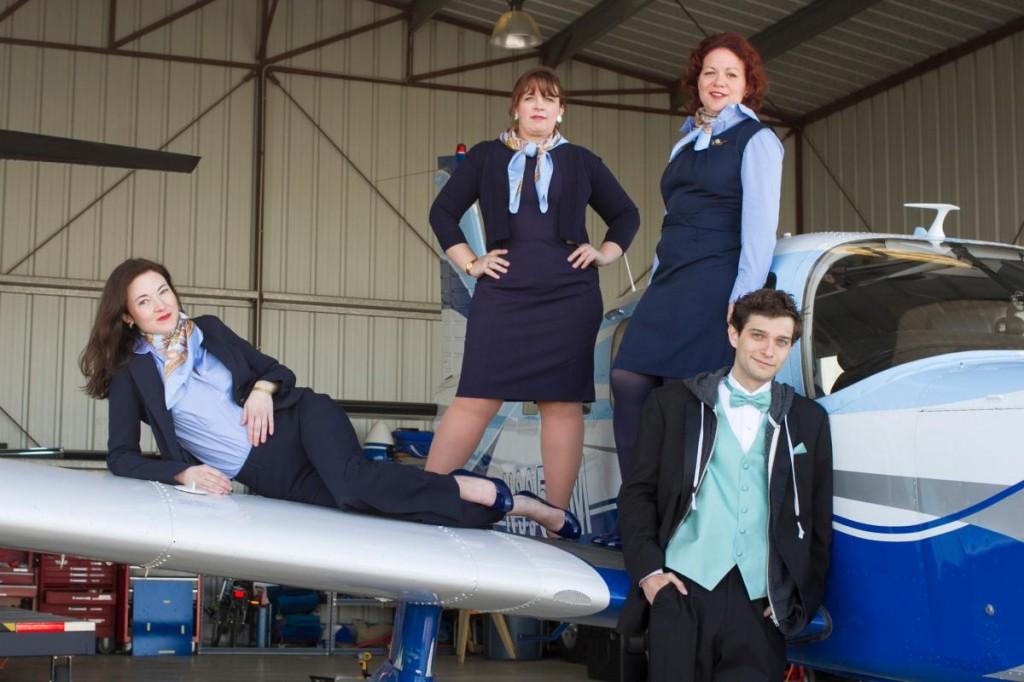 There is a lot of promising theater that will be running in San Diego throughout the next few months. Lucky for Aztecs, a good amount of these shows will feature San Diego State students, staff and alumni. Here is a sampling of productions you might want to be on the lookout for during the rest of May and summer.

Produced by the Moxie Theatre, “Mud Blue Sky” is a comedy that follows three flight attendants and a wild evening they have with a young pot dealer. Starring SDSU alumna Melissa Fernandes and featuring scenic design from another aluma, Maria Bane, the play will likely be hilarious and much deeper than one might expect.

Sledgehammer at the 10th Avenue Theatre and Arts Centre will give San Diegans the rare opportunity to see a Samuel Beckett play, “Happy Days.” Starring real-life couple Dana Hooley and SDSU alumnus Francis Thumm, it’s about a husband and wife living in a post-apocalyptic world. Be prepared for a strange and potentially fascinating evening.

The Old Globe Theatre and the Intrepid Shakespeare Company are not the only places to watch a William Shakespeare play in San Diego. The Lamb’s Players Theatre in Coronado is producing the classic comedy “Twelfth Night” with a 1940s Hotel Del Coronado twist. The cast includes SDSU alumnus Cris O’Bryon and Christy Yael-Cox, who is also the co-artistic director of Intrepid.

The Mo’olelo Performing Arts Company at the 10th Avenue Theatre is known for not shying away from sensitive subject matter. “Milvotchkee, Visconsin” focuses on Molly (Linda Libby), a woman who is suffering from dementia. Instead of being a tragedy, Laura Jacqmin’s script is considered to be a humorous examination of this brain disease. Former SDSU costume designer Jeannie Galioto and it is co-starring SDSU alumnus, Olivia Espinosa.

It’s great timing to have the Lamb’s Players Theatre produce “Les Miserables” a little more than a year after the movie became one of the most successful big screen musicals. SDSU alumni Kelsey Venter, Brandon Sherman, Krysten Hafso-Koppman and SDSU faculty member Brandon Joel Maier will all be featured in what will likely be a bona fide musical hit.

Personally, this is one of my favorite musicals, and it’s not because nudity is involved. The adaptation of the Academy Award nominated film is about what happens when a group of unemployed men in Buffalo, New York, agree to perform together in order to make some cash. Co-starring SDSU alumna Melissa Fernandes, the show mixes both hilarious and tender moments with humorously profane lyrics. The New Village Arts Theatre production should do the dramedy justice.