GI Bill should be a ticket to State 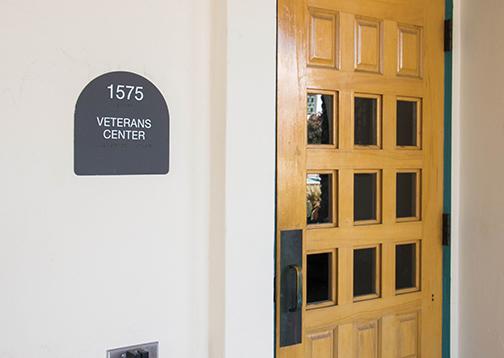 Johnson completed both his enlistment and the minimum semester hours required for transfer. But that wasn’t enough for SDSU. Johnson told 10News that SDSU rejected him because of classroom space constraints. Since the university’s recent acceptance rate is approximately 31.3 percent, plenty of students are rejected annually.

Assuming all rejected applicants are qualified, the question is: Where do they go for education? SDSU remains one of the “easier” universities to get in to, but not easy enough. It’s for this reason that state Sen. Marty Block wants California community colleges offering bachelor’s degrees, but Block’s program might take eight years to implement.

[quote]It’s quicker, then, to solve the problem of veterans denied admission to universities.[/quote]

There’s a common question regarding the federal drinking age and military service: How is one allowed to fight for his or her country but not allowed to drink a beer legally? That is, someone can enlist at 18 years old but can’t drink until he or she turns 21. While that may seem absurd, it’s even worse that someone can fight for country but can’t obtain a bachelor’s degree.

Twisting the aforementioned question, one might ask how military members are guaranteed tuition but not guaranteed enrollment. The post 9/11 GI Bill pays in-state tuition for honorably discharged veterans so it makes sense to guarantee admission. Otherwise, the college benefit is a hollow promise.

I used a veteran guarantee program when I enrolled at SDSU, but not only is that program gone, it guaranteed only six student admissions that year. There are more than 100,000 active military members stationed in San Diego, and SDSU could fit only six. It would take 1,667 years to enroll all 100,000 at that rate.

A benefit to this guarantee is it’s also a “force shaping” tool. The combination of the global “war on terror’s” end and federal budget dilemmas necessitates a smaller military force. The Defense Department estimates its budget will shrink by $75 billion in the next two years and plans on discharging at least 80,000 military members.

During the 1990s military reduction, the Department of Defense offered financial incentives to end contracts early, but it hasn’t offered those incentives since. Guaranteeing post-secondary educational institution admission makes up for that without impacting the defense budget since the GI Bill is funded separately.

However, the Department of Veterans Affairs would see its budget affected drastically if even half of the 80,000 discharged use the VA-sponsored post 9/11 GI Bill immediately. In addition to paying tuition, the bill also includes a monthly living stipend and a textbook voucher.  It would be bad form for the government to renege on that promise, but future enlistment contracts may offer less generous GI Bill programs.

But having a military that essentially turns over every four years isn’t ideal. An effective military needs strong senior enlisted leadership. To entice the best to stay, the U.S. should offer a sabbatical where the military member obtains his or her bachelor’s degree in exchange for an additional four-year commitment following degree attainment.

The benefit is more than a well-educated military. Enrolling veterans in targeted degrees reduces the mental trauma experienced when returning to the “real world” without compensatory skills. While education isn’t a panacea for all struggles, it’s a lifeline veterans can utilize.

Reducing the backlog of students annually rejected requires innovation. It’s not enough to just send a rejection letter. The U.S. owes meaningful post-secondary education opportunities to those who selflessly ensure our freedoms and liberties.