Group presentations have got to go 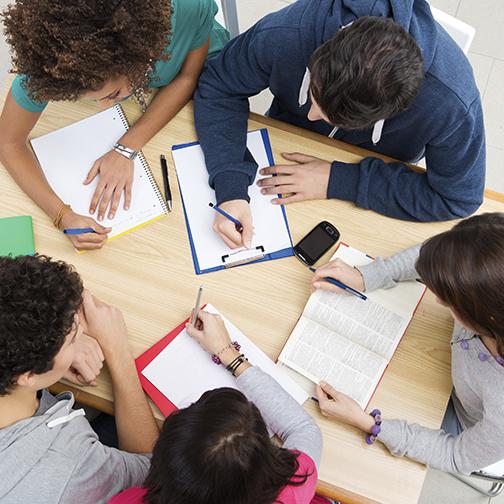 As a student, I hate receiving assignments. They’re annoying, time-absorbing activities that ruin sleep schedules—because I always procrastinate (and really, who doesn’t?). With that being said, I recognize their usefulness. School assignments help gauge and improve our understanding in other ways besides taking a test.

Professors have many different forms of assignments, presumably so the sadistic pleasure they get from assigning them doesn’t get stale. There are the classic essays and miscellaneous tasks such as worksheets and occasional videos to watch, but all of these pale in comparison to the dreaded group presentation. Group presentations are the unholy love-children of class presentations and group projects, combining the worst aspects of both.

Granted, presentations are stressful and sweaty, but that’s not why they’re bad, unless you forget deodorant. Presentations are a giant waste of class time. It’s immensely inefficient to dedicate five minutes of class to talk about something loosely related to the subject. If the topic really mattered, the professor would be the one lecturing. When any class has presentations, I wonder if the teacher is just killing time for a class that can’t quite fill a semester.

What really makes presentations deplorable is how boring they are. I’d rather watch “Birdemic: Shock and Terror” by myself than listen to my classmates ramble on about something they don’t know or care about just to get a B-. We’re in college and I still catch people reading from PowerPoint slides and notecards. [quote]Watching presentations is the equivalent of slowly peeling off a bandage, except the manufacturer accidently used superglue as the adhesive.[/quote]

On the other hand, group projects are even worse. There’s usually at least one social loafer, which is the psychological term for slacker, in the group. It’s fine that some students don’t care about their own grades, but it’s unacceptable to let that mentality affect those who pride themselves in earning good grades. The classmates that do minimal to no work are worse than deadweight. It may not be unintentional, but they are still taking advantage of others’ hard work.

Even if luck is on your side and you don’t get a group parasite, there’s always the issue of actually getting everyone to meet up. You could always assign sections for members to complete on their own time, but the pieced-together project will resemble Frankenstein’s monster. Sometimes this is the only option, though, since coordinating schedules is often futile with college students as busy as they are these days. Settling for meeting up with most of the group is certainly plausible, but it will often reinforce social loafing.

Group presentations also have serious problem with Murphy’s Law. Everything that can go wrong does. A group member might get a flat tire on the day of the presentation, but a majority of problems stem from technology. Most presentations rely on technology—probably because a poster board would make it look as if it came straight from fourth grade. Whether the Prezi software is unable to play embedded YouTube videos or the convoluted sound system that’s in every classroom refuses to work, technology will do its best to ruin your presentation.

Group presentations attempt to sharpen public speaking skills and the ability to work well with others.[quote] Unfortunately, all the negative elements add up, resulting in an assignment in which the cons far exceed the pros.[/quote]

I would like to advocate for the removal of all group presentations from academia, but that’s unrealistic. Despite all their flaws, they’re going to stick around. Therefore, the responsibility to make these abominations bearable rests on the students’ shoulders. So make sure everyone in your group pulls their weight and sounds semi-interested with their topic. Once that happens, we’ll be able to remain sane throughout this ordeal.