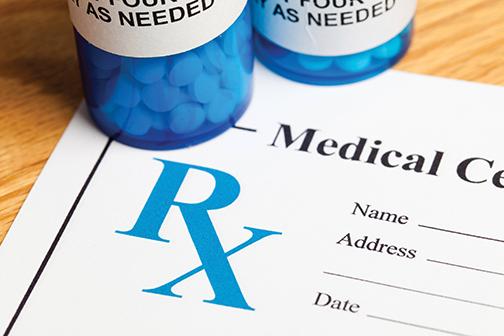 Many now-illegal drugs have once been used for therapeutic purposes. The illicit drug MDMA may prove beneficial to people diagnosed with PTSD.

After World War I, young people were labeled as the “Lost Generation” because of the large loss of life during the war and the huge amount of veterans coming home from the trenches and warfare. Stepping back into the reality of normal civilization can be hard on many war veterans.That perception of war continues and after combat, veterans can often vividly remember the terror and atrocities they’ve just escaped.

According to the U.S. Department of Veteran Affairs, 11-20 percent of all veterans deal with post-traumatic stress disorder when they come back home. PTSD is a disorder that causes a person to be out of touch, scared or paranoid after a traumatic event. War trauma is definitely a key trigger, but other victims of bullying, sexual assault and disasters can have PTSD as well.

In 2010, psychiatrist Michael Mithoefer saw a connection between PTSD and veterans and decided he had a solution.
Veterans, I’d like you to meet Molly.
MDMA, the pure form of ecstasy commonly referred to as Molly, is usually associated with EDM and ravers. Known as the “love drug,” this psychoactive substance elicits senses of euphoria, energy, emotional warmth and empathy toward others.

Believe it or not, although it is now an illegal substance, MDMA was once a prescribed medication. Dr. Mithoefer still thinks the chemicals in the drug can be helpful in easing symptoms of PTSD, such as anxiety and detachment. Hoping to prove this, Mithoefer got FDA approval for psychotherapy studies on veterans suffering from PTSD.
According to MDMAptsd.org, the study’s results were astounding: 83 percent of those receiving MDMA-assisted psychotherapy no longer qualified for a PTSD diagnosis two months after treatment.
Now, I know people are skeptical to the idea of giving veterans MDMA to treat PTSD. We have seen drugs that were used in the military and now know the disastrous outcomes.

Blitzkrieg pilots in Nazi Germany used an early form of methamphetamine as a performance-enhancing drug. The substance was known to keep soldiers awake and aware with highs lasting up to eight hours. We now know that meth is one of the deadliest drugs to hit society and has no redeeming qualities.

MDMA has received critique as well, but its bad reputation could definitely be associated to the stereotypes of its users.

In America, the FDA has deeply impacted society’s idea of what’s good or bad for us, but it’s often not as black-and-white as regulators might say.In reality, every controlled substance can be abused. Painkillers, such as Oxycontin, are meant to soothe pain after major surgeries, yet 15,000 people overdose every year.

The media portrays street drug-dealers as the bad guys but our pharmacists, at times, prescribe drugs when they are not crucially needed. Molly and Oxy are both man-made drugs that are potentially lethal. The only difference is that one is legal and one is not.
Most of the results from the studies are positive. If MDMA does help victims with PTSD, what is the issue of prescribing it to those in need?
Dr. Mithoefer is still working to get more participants, more studies approved and more people on board for the radical research. If MDMA is controlled, approved and given to veterans to help their disorder, many of our veterans could be a whole lot happier making the transition from combat to civilian life, hopefully without relying the painful memories gained while serving our country.