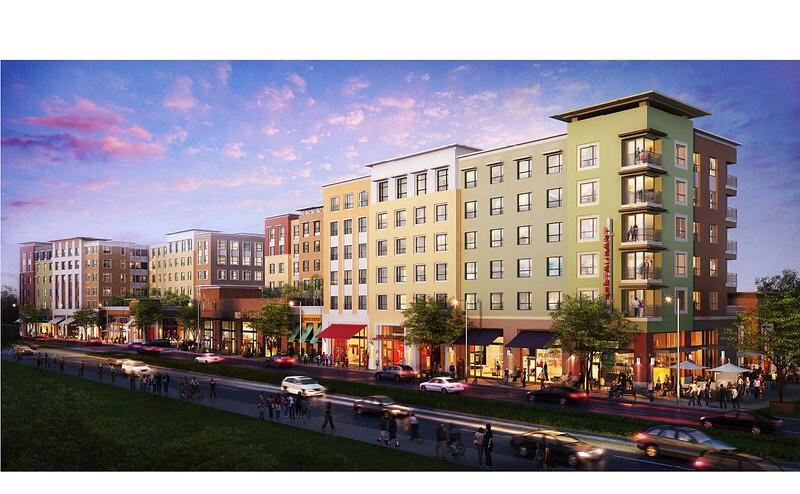 Preliminary work for South Campus Plaza, which will be constructed in two phases, is underway and major work will begin in late September.

Previously known as Plaza Linda Verde, the project will be built between Hardy Avenue and Montezuma Road, south of the SDSU Transit Center.

The first phase consists of the construction of two residential buildings above street-level retail. The residence halls, which will accommodate more than 600 students, will provide double-occupancy rooms, along with apartments for residential education staff and temporary scholars.

Housing features will include learning spaces, faculty offices, study areas, lounges and a community kitchen. The building will also include a mail room, bicycle storage, laundry room and trash chutes.

“The demand for our student housing exceeds our supply,” Schultz said in an email, “and the disconnect is increasing.”

He added that upperclassmen are not being accommodated for because of the lack of sufficient rooms.

“The South Campus Plaza housing is being designed for freshmen occupancy,” Schultz said. “Upon its completion we will free up space in existing apartments and suites for upper division students.”

According to the SDSU Housing Administration and Residential Education website, the housing aspect of South Campus Plaza will help the university reach its goal to house 10,000 students on campus or in apartments within walking distance.

The first phase of construction will also include a restaurant, a grocery store, other stores to serve students and the community, and a 300-space parking structure for customers. Future tenants are still undecided.

South Campus Plaza will be LEED Silver certified and will include measures to reduce water use.

The project, which was unanimously approved by the California State University Board of Trustees in the spring, will be financed by system-wide revenue bonds that will be paid back with retail, housing and parking revenue generated. State funds and tuition fees will not fund the project.

The first phase of South Plaza Campus is estimated to be completed by the fall of 2016.