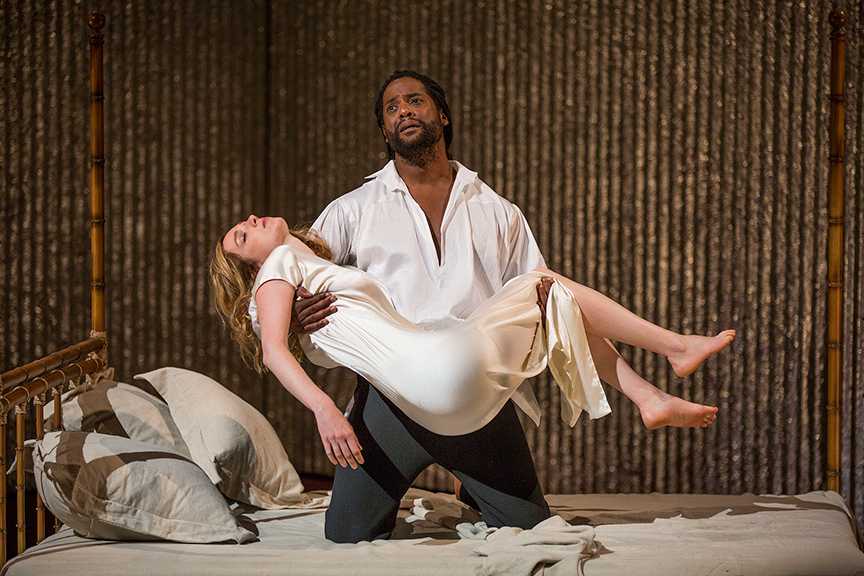 Barry Edelstein’s interpretation of the popular tragedy “Othello” is a major summer event for The Old Globe. The production features several recognizable actors and it represents the beginning of Edelstein’s run as the artistic director of the Globe’s Shakespeare Festival.

Set during the 19th century, Othello (Blair Underwood), a Moor general in Venice, is well respected by some and despised by others. He marries Desdemona (Kristen Connolly), the daughter of disapproving senator Brabantio (Mike Sears). Othello and Desdemona are passionately in love, but their happiness is jeopardized by the Moor’s ensign Iago (Richard Thomas). Iago comes up with a complicated plan to ruin Othello’s existence.

As with other tragedies from the Bard such as “Hamlet” and “Romeo and Juliet,” “Othello” takes time developing characters and situations before any heavy material starts. There’s a lot of amusement in watching Edelstein’s direction and the well-known performers playing unforgettable roles.

Edelstein’s direction combines broad drama with quieter moments thrown in for good measure. At certain points the director stages big-ensemble moments with constant visual action. He is also equally adept at handling tense conversations and soliloquies, which can be just as unsettling as the acts of violence late in the story.

Underwood succeeds at portraying the protagonist in many different lights. He has to make Othello a hero, potential victim, romantic and madman. Underwood makes thoughtful choices in showcasing all the sides of the unlikely military commander.

Thomas decides to make Iago a man who in public seems like a stand up guy but in private comes across as a rather soulless creature. He has a dark comic presence, especially during a crucial dance sequence that features dance consulting from San Diego State alumna Annette Ye.

Thomas’ acting becomes darker as the death toll rises. During his last couple of scenes, audience members are reminded of why Iago is one of the most iconic baddies written by Shakespeare.

Connolly is a sympathetic Desdemona whose life initially seems to be straight out of a feel-good fairy tale. She gives a harrowing performance full of nuances as the conflicts in her life become more drastic.

Featuring thrilling live music played by Jonathan Hepfer and Ryan Nestor “Othello” magnificently tells a classic tale with an acclaimed cast and crew. Hopefully, this will be the first of many Shakespeare narratives that Edelstein directs at the Lowell Davies Festival Theatre.