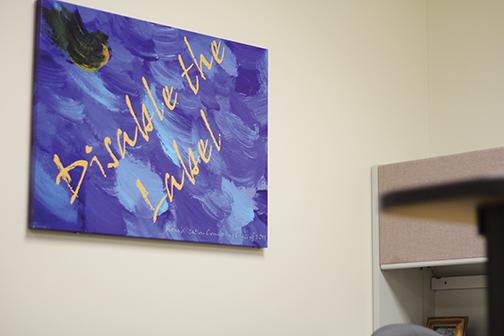 The Minority Male Community College Collaborative, started by two San Diego State professors in 2011, is now operating on a national level to improve the educational environment for men of color at two-year schools.

M2C3, under the direction of professors Luke Wood and Frank Harris, is collaborating with seven other organizations to draft a national policy brief. The results, stemming from their findings through surveys, research and training modules, will be released in mid-August.

In February, President Obama announced the launch of My Brother’s Keeper, an initiative that works toward bettering the college experience for minority males on a national level. Research conducted by M2C3 has provided data to the Obama administration’s program.

The M2C3 program works to draft and distribute surveys at community college campuses. These are designed to collect data on the challenges men of color face in school.

The data collected by the surveys are compiled into reports that help advise community colleges with regards to the scholastic environment.

Through the research, Wood has discovered the strongest predictors of student success can be found in whether or not faculty creates a welcoming environment for students.

Wood said a positive learning environment involves, “creating a sense of belonging, welcoming the students to engage with the subject matter in and out of the class room, and validating students with key messages of encouragement.”

The research is used to develop instructional material for teachers, administrators and counselors.

Wood said the work of M2C3 allows community colleges to “create an environment for students to work harder and put more effort into school.”

According to the U.S. Department of Education, “Because America’s racial and ethnic minorities are the fastest-growing sectors in the country and they make up a disproportionately large segment of the economically poor population, tending to their educational needs is in everyone’s interest.”

“By actually knowing the challenges that the men are facing,” Savage said, “it helps us develop programs and services.”

“Through research, we know that this is the student population that continues to struggle,” Savage said. “Other minority groups don’t have the same challenges.”

“Men of color have masculinity and identity issues that they’re dealing with and their academic identity even and how they see themselves as students.”

Moving forward, Savage hopes to share their progress so that other campuses can implement the same strategies.