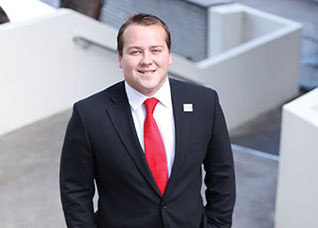 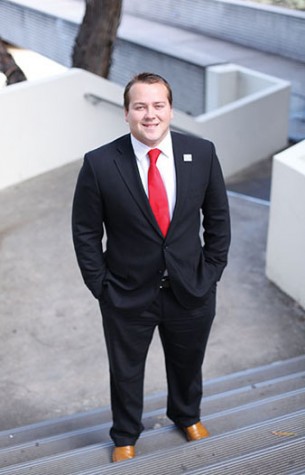 During the next four years at San Diego State, you can expect to hear about Associated Students almost daily. That’s because it’s one of the largest and most active groups on campus, and it does everything from putting on Aztec Nights to making sure student’s voices are heard by university officials.
A.S. manages many of the facilities and programs offered on campus, including the Aztec Recreation Center, the Aquaplex, the Conrad Prebys Aztec Student Union and more. Many of the events and concerts that take place on campus, such as spring’s GreenFest and the performances at Viejas Arena are also managed and planned by A.S.
“Associated Students is a non-profit, student-directed auxiliary organization that manages $25 million in spending per year to operate student facilities and programs to enhance the Aztec experience,” A.S President Jonathan Cole said.
But it’s not all about the entertainment. A.S. also has a hand in influencing many of the decisions made at SDSU. There are dozens of boards and committees, covering all aspects of the university. Are you interested in representing SDSU to local, state and national legislators? Maybe you’re interested in promoting community service at SDSU, or helping manage the annual A.S. elections. Whatever it is, A.S. likely has a hand in it.
Cole has a lot of goals for the upcoming school year to aid new and returning students.
“One of my primary responsibilities is overseeing the operations of Associated Students in order to ensure the organization is running smoothly to best serve students,” Cole said. “Supporting the A.S. vice president and student leaders to make sure they have the resources to accomplish their goals is another of my main priorities. These responsibilities, along with increasing student engagement and outreach, focusing on enhancing the Aztec experience and strengthening collaboration on campus is what I will be focusing on this year.”
Cole is also excited about a new project that will allow students to share their co-curricular activities with potential employers. He’ll be leading a task force alongside Associate Vice President for Student Affairs Tony Chung to develop a co-curricular transcript that will allow students to document their experiences out of the classroom.
“We are confident that this transcript and an e-learning portfolio will give our students the competitive advantage when they are going out seeking employment,” Cole said.
Drawing from his personal experiences beginning at SDSU, Cole said his biggest advice for incoming freshman is to never get discouraged or give up.
“Within my first month at San Diego State, I did not get a volunteer position I applied for with Associated Students, I was cut by the football team in the fall tryout and I was dumped by my girlfriend,” Cole said. “I used these defeats as motivation and by the spring semester, I was being mentored by the A.S. President and had the opportunity to walk on the football team. When a door closes, there is always one waiting to be opened, you just need to be flexible to find it.”