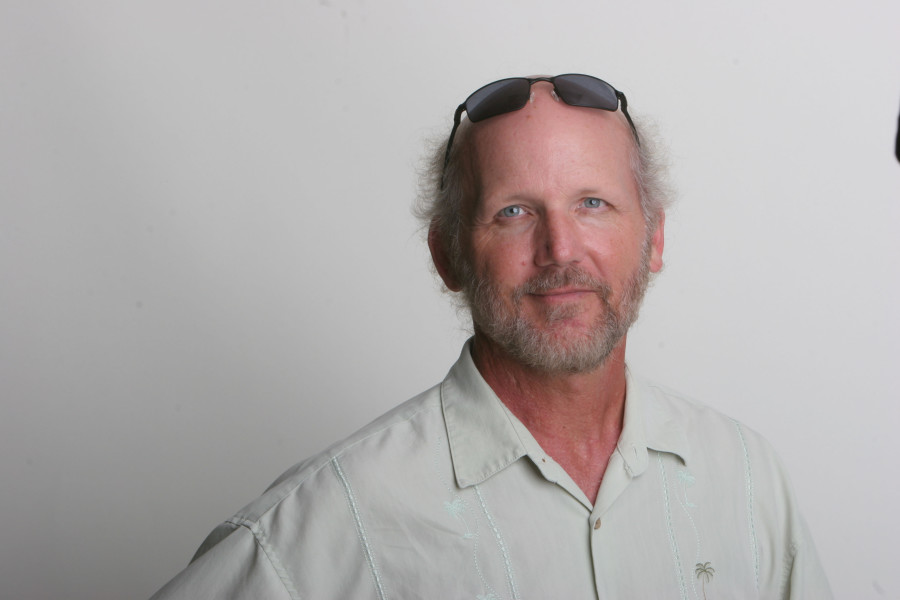 Readers of the U-T San Diego probably know that James Hebert is the publication’s main theater critic. The accomplished writer is also an alumnus of San Diego State and was an entertainment writer for The Daily Aztec. During an interview at the UT, Hebert talked about his career, shows in San Diego and some of his favorite musicals of all time.

The Daily Aztec: How did you become a theater critic?
James Hebert: I mostly studied film in college, but I always had a love for theater. When I started writing for the UT, I was looking for any opportunity to write. Whatever they had for me to write, I would cover. A fair amount of it was theater. In the mid 90’s, there was a need for backup. I started covering a lot of shows around town. Eventually I became a full time writer, writing about a variety of topics. When Anne Marie Welsh left in 2008, I was offered the position to be the paper’s theatre critic.

TDA: Who has been the greatest influence in your professional career?
JH: Anne Marie Welsh, in terms of writing about theatre. She set an example in terms of dedication to the job. Though I will never be as fast of a writer as she was, I really admire her writing. Also, Welton Jones is amazing. He kind of invented theater criticism in San Diego. He created the theater beat at the UT and did it for almost 30 years, which blows my mind. This job takes a lot of energy and commitment, and Welton is still so enthusiastic about theater to this day. He is a great mentor, and has given me a lot of great advice.

TDA: How did SDSU help you develop your skills as a theater critic?
JH: I received my undergrad degree at SDSU. I worked for The Daily Aztec and I learned a lot working for the paper. While I wrote for my high school newspaper, the idea of going into journalism was not something I was really thinking about.

When I was in college I read a copy of The Daily Aztec, and I spotted a few typos and I wondered if there was someone on staff that was supposed to be catching mistakes. I thought maybe I could do that job. When I asked if I could be a proofreader, a person working in that position just left. That was a real moment of serendipity. Once I got there I realized how much fun the writers were having and I ended up writing a good amount of entertainment reviews. I do not know what I would be doing right now without working for The Daily Aztec.

TDA: What are some of your favorite musicals/plays?
JH: When I was really little my parents belonged to a record club and they occasionally bought cast recordings. The one I absolutely loved was “The Music Man.” It rarely gets produced and I never watched it until Lamb’s Players Theatre produced the musical. It is such a great show. That was my first favorite musical. A recent show that I am still head over heels for is “The Light in the Piazza.” It is a simple but touching story with beautiful music. I am very into some rock musicals, such as “American Idiot,” which I was blown away by, “Spring Awakening” and “Hedwig and the Angry Inch,” which was amazing. I could think about 100 more musicals that I love.

TDA: Do you have a preference between musicals or plays and why?
JH: I do not think I really have a preference. I enjoy seeing a mix. The last time I was in New York, I saw four shows. One of them was a straight play, “All the Way,” and that was perhaps the most memorable. As Lyndon B. Johsnon, Bryan Cranston was such a force of nature. I did not think of that role as being physical, but he makes it boisterous and pushed the limits. In a weird way it felt like a musical, just to see the dynamics of his performance.

TDA: What are some of your favorite theatres in San Diego?
JH: I get a lot out of what the Cygnet Theatre does and Sean Murray’s work. They take chances and I like the sense of freedom there. Cygnet, as well as Moxie Theatre, Ion Theatre Company, New Village Arts Theatre and Mo’olelo Performing Arts Company have measurably changed what is happening on the San Diego theatre scene.

There is obviously the trifecta of the La Jolla Playhouse, The Old Globe and the San Diego Repertory Theatre, since they all do nationally recognized work. The Lamb’s Players Theatre also always surprises me with high quality.

TDA: What do you think the golden age of theatre was/is and why?
JH: You could look back to the 1950’s, which had great Rodgers and Hammerstein shows as well as “West Side Story.” This might be a cop out answer, but I honestly think there is so much going on now in the past ten years or so with boundary breaking theatre. There has been standout site-specific work in San Diego, especially at the La Jolla Playhouse. As far as New York goes, there are a lot of new approaches to storytelling with immersive theatre experiences such as “Sleep No More,” “Natasha, Piere & The Great Comet of 1812” and “Here Lies Love.”

TDA: How has criticism evolved over the years?
JH: As theatre has become more adventurous, so has criticism. People are more willing to bring real life into their reviews and to set them in a cultural and political context. With the Internet, writers are trying new approaches to storytelling. Some things have not changed. One of my instructors during grad school at Columbia University in New York, movie critic Judith Crist, taught students that they should say their opinion upfront. They should not mince words and should have a personal style to their writing, while being a journalist first and foremost. That still applies to criticism.

TDA: What are some of your biggest accomplishments as a theatre critic?
JH: I’ve won some awards from the San Diego Press Club and SPJ. It was also a huge thrill and honor to serve as a juror for the 2009 Pulitzer Prize in Drama.

Beyond being recognized for writing, making connections with artists and readers. I hear from readers who appreciate what I write, and a little goes a long way as far as that goes. Establishing the idea that theatre is important to peoples’ lives and trying to be serious about filling the role and letting people know what is happening is gratifying. I tend to agonize over my writing, but I like to think it is worthwhile because the subject is worthwhile.

TDA: Where do you see theatre criticism going in the future?
JH: It has been a difficult time for criticism, largely since print journalism is having such difficulties. However, I do think that people are getting used to the idea that print and online are not radically different forms. Many followers of the UT now read my reviews online. That does not change how I write my articles. In ways, you have more space and freedom. I think there is great hope for the form continuing to thrive, as long as people become more open to online criticism. The larger issue is figuring out how more professional critics get paid for online content, but my fingers are crossed is that professional criticism will continue to be valued.

TDA: Do you have any advice for SDSU students studying theatre criticism and journalism?
JH: The only way you will know if you want to be a theatre critic is to start doing it. If it is your passion, keep at it. Persistence counts for a lot. If people like your work, you will definitely go somewhere.