Where there’s a Latina character, there’s a stereotype 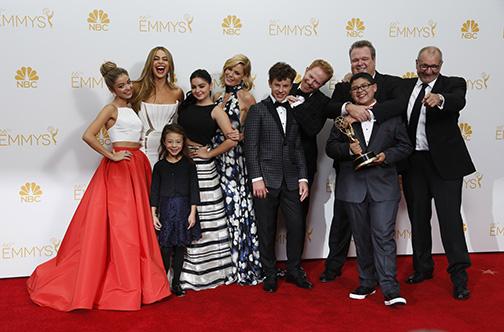 Last week, I had the displeasure of watching the trailer for “Addicted,” an upcoming film about a woman addicted to sleeping with men other than her husband. I honestly rolled my eyes so far back into my head, I may have seen my occipital lobe. Why, you ask? Because one of the men whom she is addicted to is William Levy’s character, a hunk with a seductive Spanish accent. Granted the accent is Levy’s actual accent, the stereotype of the spicy-Latino lover is a sight far too common in American media. As one of America’s fastest-growing populations, Latinos deserve much better representation in the media.

According to Pew Research Center, the Latino population stands at about 53 million in the United States. Along with the fact that the total population is around 315 million, Latinos comprise approximately 16 percent of the population. That’s not exactly an insignificant percentage. In fact, Latinos are now the largest minority group by ethnicity. So why is it that in the top-grossing films from 2007 to 2013, only 4.9 percent of characters were Latino?

Want an example? Let’s take a spicy Latina from a mediocre, prime-time television show with subtle racist undertones. While so, so many come to mind, Gloria from “Modern Family” pops up immediately. Feisty and hot-headed? Check. Conventionally attractive with exotic features? Check. Mispronunciation of English words solely for comedic effect? Check. We have ourselves a 100 percent, certified, grade-A stereotype of a Latina! I absolutely, for the life of me, could possibly name another hundred characters who definitely fit this description.

As people, we are far more than stereotypes. As humans, we deserve to be represented as such. It goes without saying the media influences and shapes our perceptions about the world. Seeing Latinos represented almost exclusively as the aforementioned stereotypes is incredibly damaging and doesn’t go without negative repercussions.

In a survey conducted by Latino Decisions and the National Hispanic Media Coalition, about 900 non-Latino respondents answered questions about their media consumption and their perceptions of Latinos. One of their many findings was people who are exposed to negative media narratives about Latinos hold the most unfavorable and hostile views of them. Another finding was non-Latinos report seeing Latinos in stereotypically negative or subordinate roles most often in television and film.

But why should Hollywood give a damn, right? It’s not their responsibility to paint us as humans.

I can’t fully endorse his message. He seems to forget that we are not in a position of power to make such decisions.

According to the Federal Communications Commission, in 2011, Latinos only owned 39 out of 1,348 commercial television stations in the United States. In addition, Latinos owned only 2.7 percent of FM radio outlets and only 4.5 percent AM radio stations.

As such, much of our representation is beyond our control and left up to other media giants with a greater amount of influence. But I can agree with what he said about helping ourselves; case in point, Robert Rodriguez.

Rodriguez is known for his eccentric, action-packed films such as “Spy Kids,” “Sin City,” “Planet Terror” and “Machete.” I will never overlook that he prominently features Latinos in his films like Antonio Banderas, Danny Trejo, Jessica Alba, Cheech Marin, Salma Hayek and many more.

When receiving the Corazon de Oro (Heart of Gold for you monolingual Americans) by the San Antonio Association of Hispanic Journalists, Rodriguez addressed why he features Latinos.

You may think I’m just being overly sensitive and demanding forced diversity in the media. True, but I do it for a reason. My umbilical might as well have been attached to the TV because I will proudly tell you the media was my third parent when I was growing up. For all the lessons my parents never taught me, the TV did. Also being an American, I know I’m not the only one raised with a TV. It truly shapes perceptions of the world. Media is important to me, but it feels more like a neglectful parent at this point.

Is it so hard to represent Latinos as actual characters with some depth? Since I know you don’t care about this argument, let me Americanize it so you can actually feel empathetic. If the media is going to use our image, our identity, our culture and our faces to make some profit, the very least they can do is portray us a lot better. That’s all I ask.