All degrees are not created equal 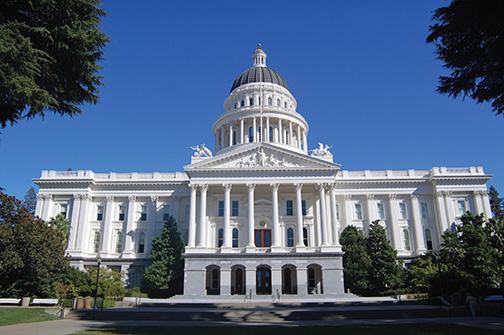 I generally associate the word “Senate” with a broken watch. They’re both annoying and a waste of your time and money. With that said, they’re occasionally right—if only twice a day—but this is not the case with the recently passed Senate Bill 850.

It’s a noble effort at increasing the amount of bachelor’s degrees earned, but is severely flawed in accomplishing this goal.

The state Senate just passed SB 850, originally authored by San Diego Senator Marty Block, in an attempt to produce more college graduates. According to the bill itself, if Gov. Jerry Brown signs the bill, it will allow 15 community colleges to offer 4-year degrees for only one baccalaureate program not currently provided in the California State University and University of California systems. Classes would begin in fall 2017 and end after spring 2023, unless extended.

This legislation was proposed because apparently California needs to produce one million bachelor’s degrees to remain economically competitive.

It doesn’t take a math major to realize that 15 community colleges won’t be nearly enough to hand out a million degrees. It would require each school to have approximately 11,000 graduates, on average, each year. Therefore, during the middle of this experiment, there would have to be at least 22,000 students enrolled at each college. To put that in perspective, San Diego State has reported an undergraduate population of approximately 25,000.

It’s delusional to think 15 schools can pull this off. This bill won’t even help a majority of students because it doesn’t allow these community colleges to offer degrees for impacted majors. It would just save everyone time if community colleges transitioned into full-fledged colleges that offer numerous programs.

California isn’t the first state to allow community colleges to offer 4-year degrees. The New York Times reported states, such as Florida, have community colleges that became state colleges or just dropped the “community” from their names. This is unlikely to happen because it would challenge the dominance of the traditional CSUs and UCs by becoming a significantly more affordable option.

The bill also states the upper division units would cost $84 each—which means 60 units would cost a little more than $5,000. Before you drop out of SDSU, it’s imperative to remember that according to the UT San Deigo, only programs like dental hygiene, radiologic technology, health information science/informatics and automotive technology receive this special limited time offer, because at this point, it’s on sale.

If you’re honestly interested in aforementioned careers, then dropping out and waiting is your best bet financially because I don’t think anyone can argue against such a good price. As for the rest of us, we’ll be saddled with debt and green with envy.

SB 850 is right about one thing: Employment standards are increasing. A recent survey from CareerBuilder showed 44 percent of companies demand a 4-year degree. Additionally, 18 percent of employers said they increased their educational standards for hiring. It’s not like those jobs require more education than they did five years ago.

This demonstrates the simultaneously increasing and decreasing value of a bachelor’s degree. It’s basic supply and demand. With more individuals who own one, the less valuable it becomes. Keep in mind this scenario would make the employers the consumers, which means they’re the ones reaping the benefits.

With an oversupply of workers, they can afford to be picky, which in turn makes a 4-year degree crucial to all individuals. It seems bachelor’s degrees are on their way to becoming the new high school diploma as they transition into a necessity for an adequately paying job rather than an advantage.

This is what makes SB 850 so conflicting. On one hand, the legislative structure is a joke and probably just something for state Senators to slap on their resumes, which addresses the educational system. On the other, I take solace in the fact that it won’t accomplish what it’s set out to do because that would be much worse for every college graduate.

I don’t know about you, but I’d still like my degree to make a statement that sets me apart from everyone else.