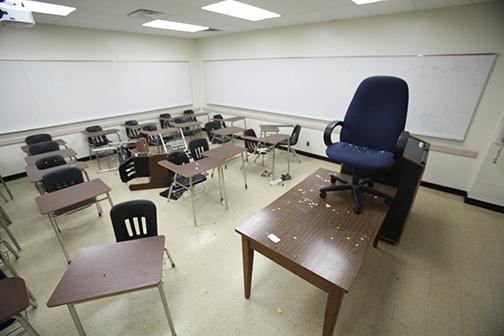 Several bathrooms were vandalized with swastikas and other illegible markings. In several classrooms, tables were flipped over and whiteboards had anti-Semitic writing on them.

A whiteboard on the door of a classroom read “Death to nihilism.”

The fire extinguisher was discharged, leaving the perpetrator’s footprints visible throughout the hallway.

SDSU Facility Services was called in by SDSUPD to clean the vandalism, a member of the department said.

The Facility Services member also said the individual was in custody of SDSUPD and that vandalism of this type is not uncommon the first week of school.

The building is closed on weekends except to those who have administrative access. 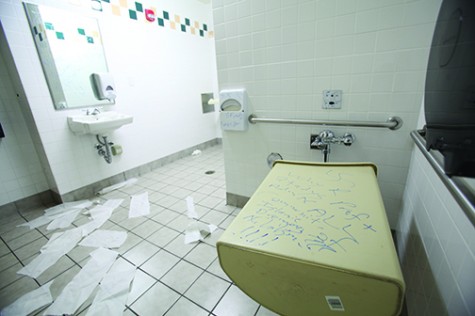