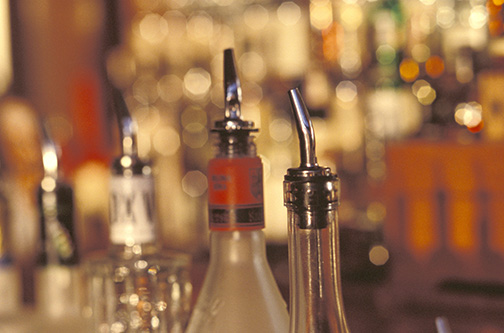 Here at San Diego State, there has been a five-week Dry Period at the beginning of the school year for the last seven years. Dry Period is supposed to be a school-wide time for students and the surrounding areas to be alcohol-free. The night before the freshmen move in Dry Period begins and it continues through the first month of classes.

Although it’s intentions are good, it hardly ever works.

SDSU tries to use this booze-free time to host events to try and combat the partying. Aztec Nights has become a tradition during Dry Period where the university sponsors various events, including dances, carnivals and movie nights open to all students.

Many students attend Aztec Nights, but not everyone attends it sober. What SDSU doesn’t realize is the only people who follow the Dry Period rules are the sororities whose houses will be fined if they are seen out.

The fraternities on campus use Dry Period as a time to show off their houses to the freshmen boys who will potentially be rushing and eagerly meeting all the new freshmen girls. If the frats still throw parties, many freshmen and those who aren’t Greek still party. How much of the student population is this policy really affecting?

“I didn’t even know there was such thing as a Dry Period until after I joined my sorority last year,” liberal studies sophomore Marissa Palomar said. “After Bid Day, they told me we weren’t supposed to be going out because of it. How can the school have this policy if no freshmen even know about it? Aren’t they supposed to be the ones SDSU is targeting with this because they are new and still experimenting?”

Although SDSU has only the best intentions when implementing Dry Period, it doesn’t make a difference either way. Alcohol is not only still accessible, but parties are still being thrown. Dry Period should either be enforced entirely throughout the school or taken away altogether. This is frustrating and pointless.

All the freshmen either go already intoxicated or with plans to leave early to drink afterwards. So what is the point if the school isn’t going to do anything about it?

“I went to all the Aztec Nights drunk,” a freshman wishing to remain anonymous said. “It was my first few weeks in college and I was excited to party. There were so many going on after almost every Aztec Night event, so I didn’t even realize that they weren’t allowed.”

A fairly new policy to go along with SDSU’s Dry Period prohibits any student from joining any Greek organization while on any type of disciplinary probation. The school thinks these two policies working together will strengthen alcohol and drug policies on campus, but since they have been in place, not much has changed.

SDSU has tried to use Dry Period to strengthen our school’s substance abuse policies and lower crime rates, but it hasn’t done much good. The time has come to make a change and decide whether Dry Period has really benefited our school.