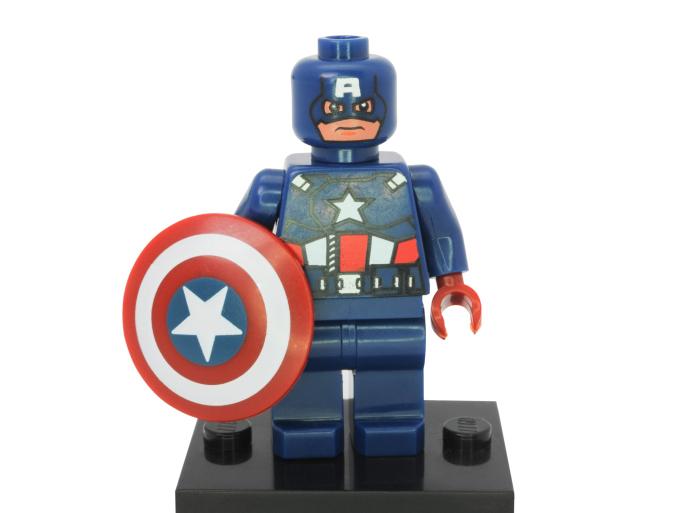 First, a warning: This review is spoiler-intensive.

I took a second look last weekend at “Captain America: The Winter Soldier.” Ordinarily, I don’t look back after making a decision. But this time, Rotten Tomatoes’ meta-critic score stayed in my head. What did the 89 percent of reviewers certifying it as “fresh” see that I didn’t?

The reviews praising the flick forge a consensus. Essentially, reviewers praise it as a character study set inside a superhero film about the price of freedom post 9-11. I’ll give them that, sort of. It is set in today’s ethics-challenged world. But a character study?

Steve Rogers’ personality doesn’t change. Despite learning that his best friend is out to kill him, he never wavers from his World War II-era ideology. When asked how Rogers finds enemies, he replies: “If they’re shooting at you, they’re bad.” Rogers clings to this mantra even after his agency, S.H.I.E.L.D., collapses from traitors within. A conflicted character questions the motivations of those shooting at him. Are the S.H.I.E.L.D. agents just following orders, or are they turncoats?

Besides, we’ve heard Rogers’ line before. And that’s the biggest problem not just with this movie, but with most Marvel movies since moving into its self-described “2.0” era. The writers aren’t trying anymore.

For starters, either precisely the right or wrong character shows up at the precise moment every single time. When villains chase S.H.I.E.L.D director Nick Fury through Georgetown, the Winter Soldier mysteriously appears just as Fury is about to flee. How did he know which streets Fury would use during Fury’s escape? He doesn’t, but the writers don’t want the audience thinking about that, just as they don’t want anyone wondering why the Winter Soldier doesn’t follow a hobbled Fury.

Plot-by-convenience is the death of any movie. I expect some disassociation from reality, but I can’t overlook it when it becomes the scriptwriter’s go-to device. Fury’s assassination is possible at any time — he rides in an exposed glass elevator! — but the movie waits until he’s in a dark room with Rogers. After being arrested, Rogers and the Black Widow can be incarcerated in any armored car, but the bad guys pick the only one with a S.H.I.E.L.D. agent waiting. Not once does any character charged with propelling the plot muddle it instead.

Then again, there are some characters never in the right spot: the other Avengers. The problem with having a superhero super-group is either the non-featured characters aren’t plugged in or the stakes aren’t big enough for them. And if it isn’t, then why should the audience care?

Absences need explanation. I can understand why Bruce Banner has to be co-opted and Thor is off planet, but where’s Tony Stark? With S.H.I.E.L.D. in tatters and Rogers barely escaping a bunker busting missile, one would think he’d want Stark. While “Captain America: The Winter Soldier” deftly sets up the second Avengers film, it doesn’t address why it isn’t a Captain America-and-Iron Man movie. This error of omission plagues every standalone Marvel film.

Lastly, death isn’t a consequence. Fan favorite character Phil Coulson dies in “The Avengers” but reaps resurrection via alien technology. Loki dies, but not really, in “Thor: The Dark World.” And it’s Fury’s turn in “Captain America: The Winter Soldier.” I know, death can be defeated in this genre, but overuse makes Marvel look bad.